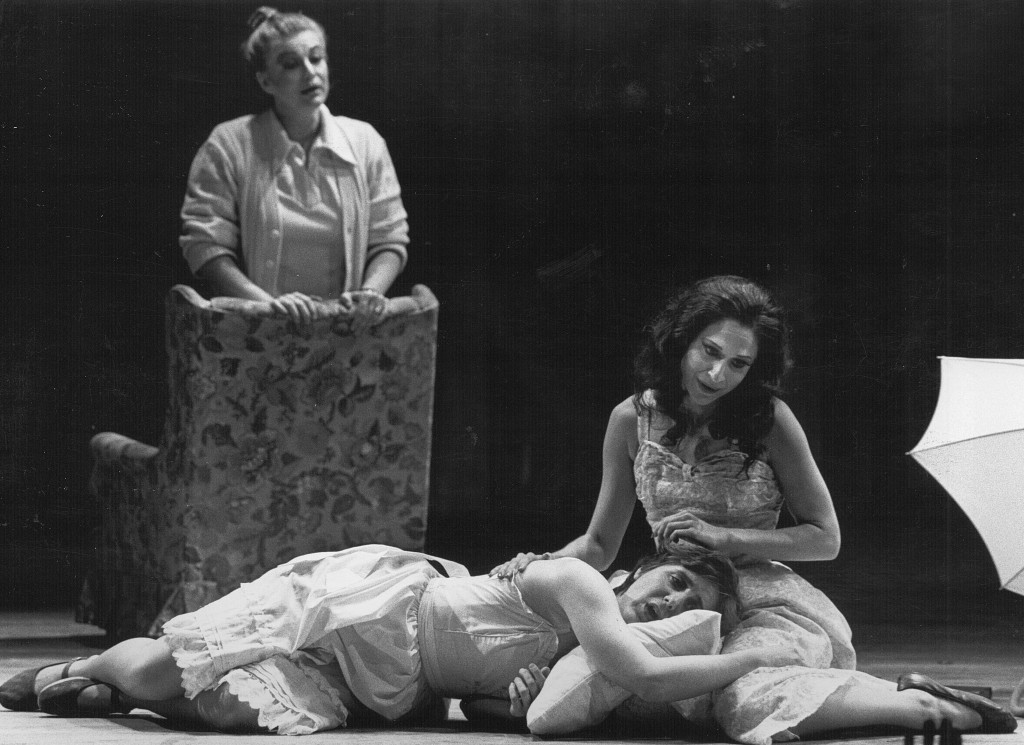 Susa’s Transformations took The Barns by storm in summer 1985. An amazing cast in an exciting and edgy production. I had just managed to worm my way into Wolf Trap (see the music staff listing below), having defected recently from my first career in music therapy. (Possibly, the fact that this production of Transformations was set inside a psychiatric institution was meant to send me a signal. Nevertheless, I stayed.)

Transformations featured Dawn Upshaw as the Princess, Phyllis Treigle as Anne Sexton and Luretta Bybee (returning to the Trap in a few weeks for The Inspector premiere!) as the Good Fairy (all pictured above). Allan Glassman was the Prince, Eugene Perry was the King, and Darren Keith Woods sang the Wizard.  The cast also included Gordon Hawkins and Ned Barth.  My friend and colleague Stephen Crout conducted, and the late Peter Mark Schifter directed. 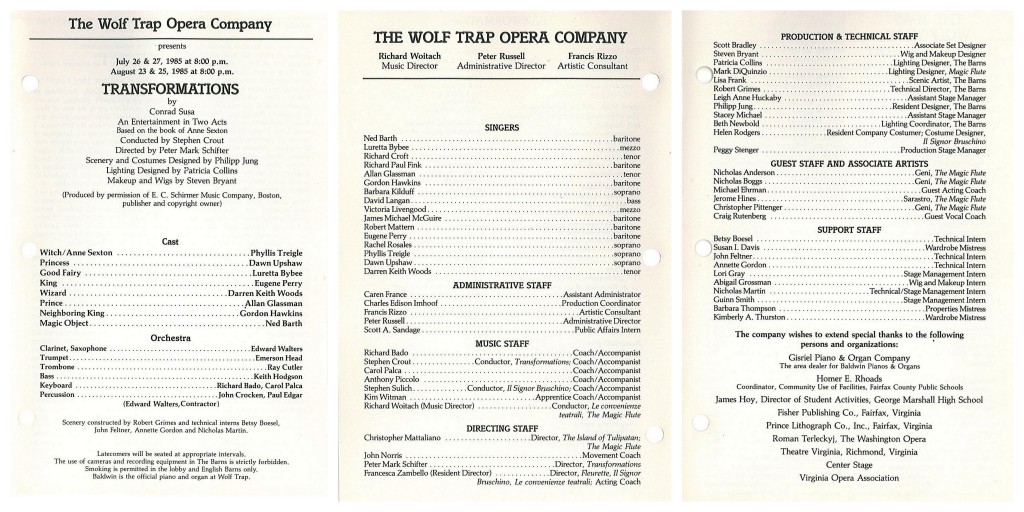 So many memories. There’s a lovely tribute to Peter Schifter in a collection of essays published a year or two ago by Paul Rudnick, “I Shudder,” that captures his energy perfectly.