Cavalli’s La calisto marked the Company’s first return to the baroque since the 1977 L’egisto. The latter was on the big outdoor stage, but the 1983 Calisto enjoyed the intimacy of The Barns. The late Joseph McLellan wrote in The Washington Post, “[Calisto‘s] plot is a running battle between the sublime and the (intentionally) ridiculous… Most of the time, the ridiculous seems to be winning, but the ending is sublime, and it works.”

Conducted by Hal France in his Barns debut, La calisto was directed by Roger Brunyate (of the Peabody Institute of the Johns Hopkins University), who assumed the position of Program Director of the WTOC in 1983. 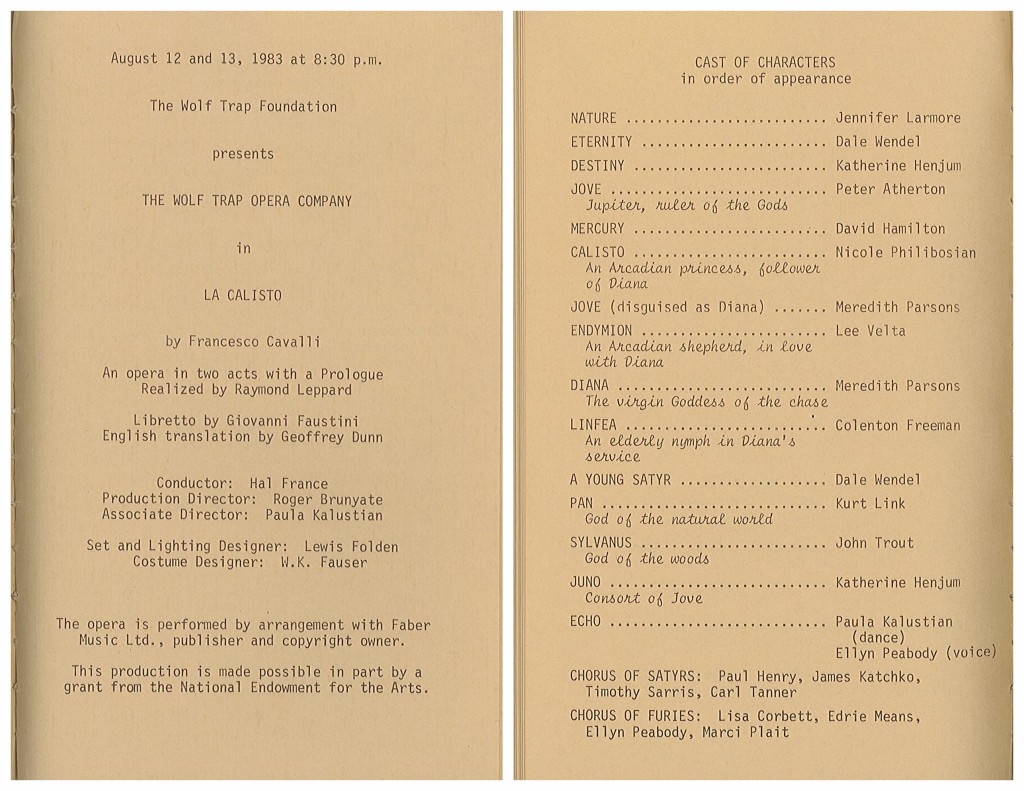