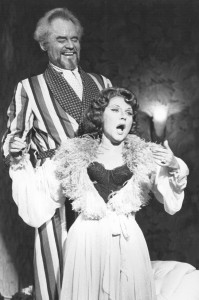 My file on this show is pretty small, although it’s one of the 70’s-era productions that I’ve known about for a long time. The great soprano Evelyn Lear and the late great bass-baritone Thomas Stewart were (and Evelyn continues to be) friends and fans of the WTOC. They starred in this Kiss Me Kate in July 1979, with young artist members of Wolf Trap Opera in supporting roles.

This was back in the days of the “first” Filene Center (stick with me a few more weeks, and you’ll see what I mean), which had no rehearsal space. Most Kate rehearsals seem to have been held in New York, with the final touches put on here in Virginia. The production was directed by a very young David Alden, with scenic design by Paul Steinberg. 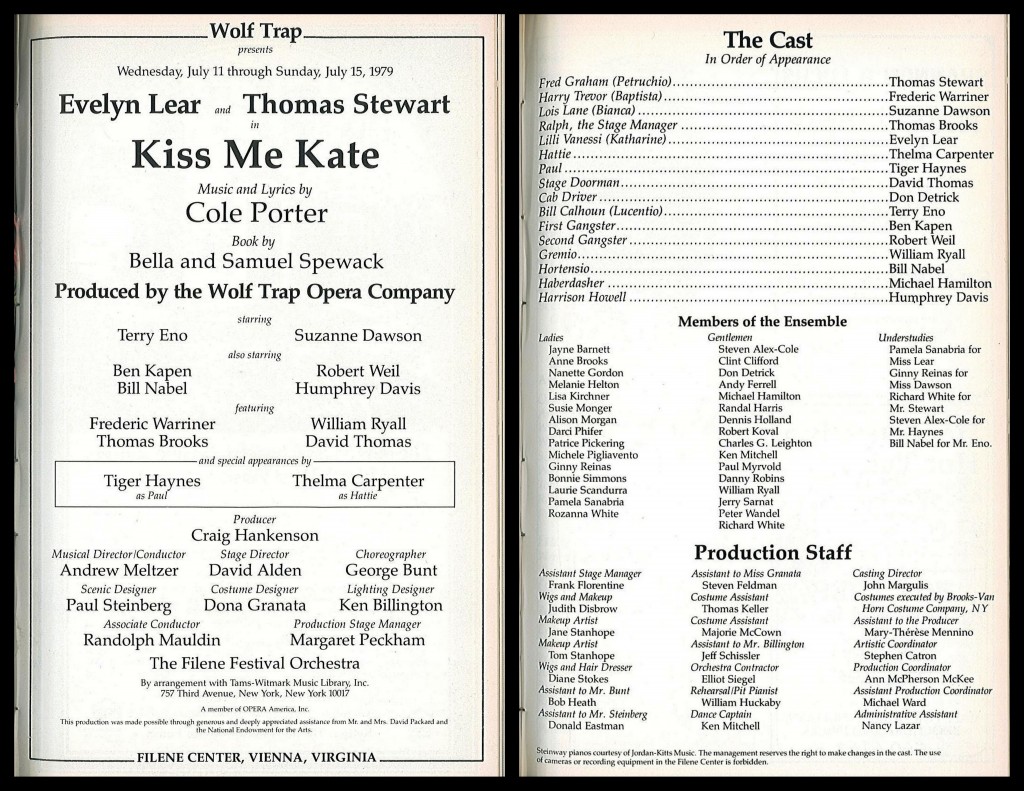 this cast is a good cast for the show.