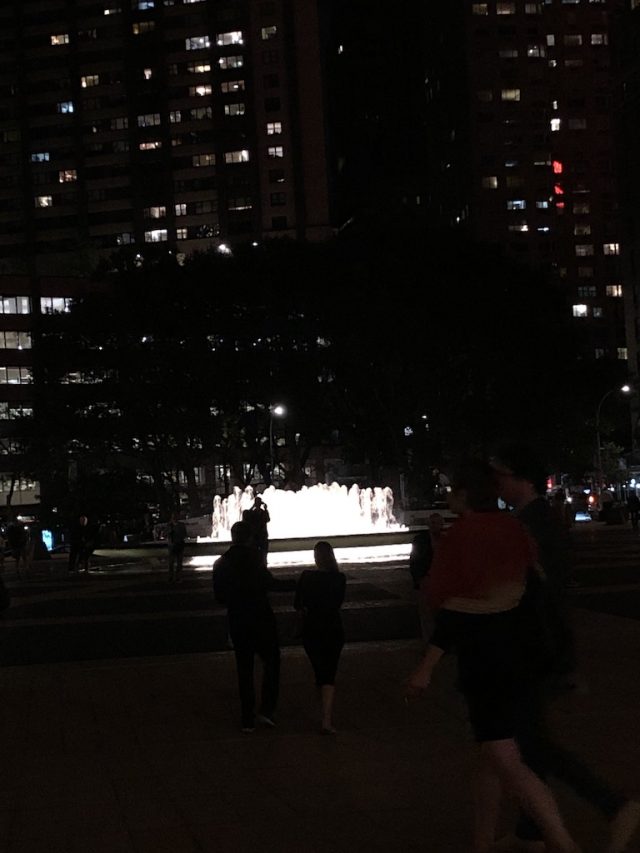 Hello friends!
We are hearing auditions this week in New York City, at the lovely National Opera Center. It’s our third stop: we started in Los Angeles last week, and took a rather indirect route to get to Houston in the wake of Tropical Storm Imelda. It feels like a bit of luxury to unpack our bags for a whole week here in the Big Apple!

I’m pleased to report that there is some truly excellent singing happening all over the country, and in response my repertoire short list is growing…we may need to start calling it the repertoire long list! It’s not time to start making decisions yet – we still have 7 audition days remaining. My mind, however, is in overdrive as different possibilities, with their unique pros and cons, float to the surface.

Our week in New York coincided with the opening week of the Metropolitan Opera season, and it has been truly exciting to watch so many Trappers on the nation’s flagship stage. Porgy and Bess was helmed by alum and former Artist in Residence Eric Owens and included a starry roster of former Trappers: Denyce Graves, Tichina Vaughn, Ryan Speedo Green, Frederick Ballentine, and Reginald Smith Jr. Manon featured mezzo Maya Lahyani, and just announced today, bass-baritone Craig Colclough is making his Met debut in the title role of Macbeth! Toi toi toi, Craig!

There has also been a fair amount of turmoil in the opera world this week, specifically around the withdrawal of Placido Domingo from the Macbeth. It seems disingenuous to pretend that it isn’t rippling throughout the industry (or perhaps causing profound waves). In talking with friends and colleagues across the country these last weeks, however, it seems that the conversations around the event are galvanizing both singers and administrators to shine some light into formerly dark corners. I feel that ultimately that it be a good thing; transparency, mutual respect, and trust are critical to a collaborative and powerful art form such as ours.

We took a field trip on Thursday evening to the other side of the Lincoln Center plaza, to hear Nina Stemme in Bartok’s Bluebeard’s Castle with the NY Philharmonic. Jaap van Zweden was brilliant, and the evening was interestingly conceived and cohesive. (Starting with Schoenberg’s Erwartung was a smart choice, as the Bartok felt like lush Romanticism in it’s wake!)

One more day of auditions in New York tomorrow, and then we head to the midwest!

Thank you for the interesting update and newsy reminder of your exciting activities. We can’t wait for next year’s events.

Whirlwind! Amazing to hear of the alums and a credit to all that Wolf Trap does for the young artists. Also so great to read your thoughts re: current state of things and recent changes. Travel well and try to sleep even if just a little!