Anna Moffo was the big draw for the August 1980 Die Fledermaus at the Filene Center. Nat Merrill directed, Franz Allers conducted, and Adele was sung by Erie Mills.

Press wasn’t particularly favorable, focusing mostly on the adaptation used – called the “Rosalinda version”, with additional music by Korngold. Iconic Washington Post critic Paul Hume wrote that the score was “mangled in a ludicrous translation…” and that “some of the music has been messed up by Erich Korngold, who should have known better.” :) 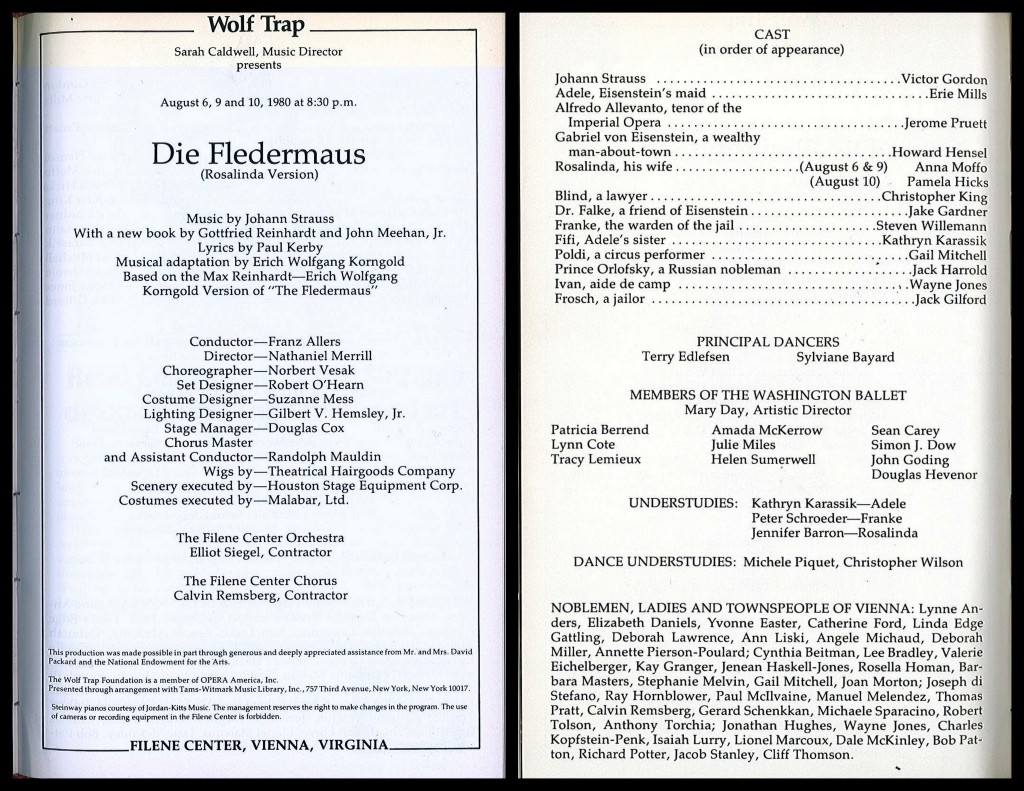 I remember seeing this. The biggest interpolated piece was Voices of Spring for Erie Mills in the third(?) act (on top of Adele’s other music). Moffo (who I loved on records – and still do – this was my first chance to see her live)was a bit disappointing. As I was just out of high school I didn’t know about her vocal crisis of several years earlier. The voice wasn’t there until just after she finished singing the Czardas. Unfortunately, Rosalinda doesn’t have a lot to sing (solo wise) after that point, but you could hear a noticable difference. If it had “clocked in” earlier it would have been much better. They also re-wrote some of the text for Washington audiences/the Washington area, including references to the heat and humidity in Orlofsky’s aria (note that it was sung by a baritone, rather than a mezzo, too.) Nice physical production though.