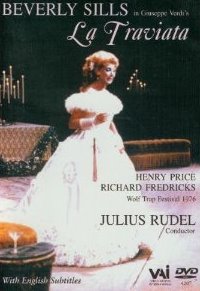 Beverly Sills returned for her third consecutive season as a guest artist, this time as Violetta in Verdi’s La traviata. Joining her were Henry Price as Alfredo and Richard Fredericks as Germont.

Supporting roles were sung by members of the young artist roster.

Julius Rudel conducted and Tito Capobianco directed, in a production from the San Diego Opera. This Traviata enjoyed a TV broadcast, and I’m told that its ambitious physical production caused much gnashing of teeth during tech week. The first changeover lasted 5 hours, and with considerable rehearsal, was trimmed down to only 3 hours. End result? The scenic treatment seen in this DVD was ultimately pared down from the original. 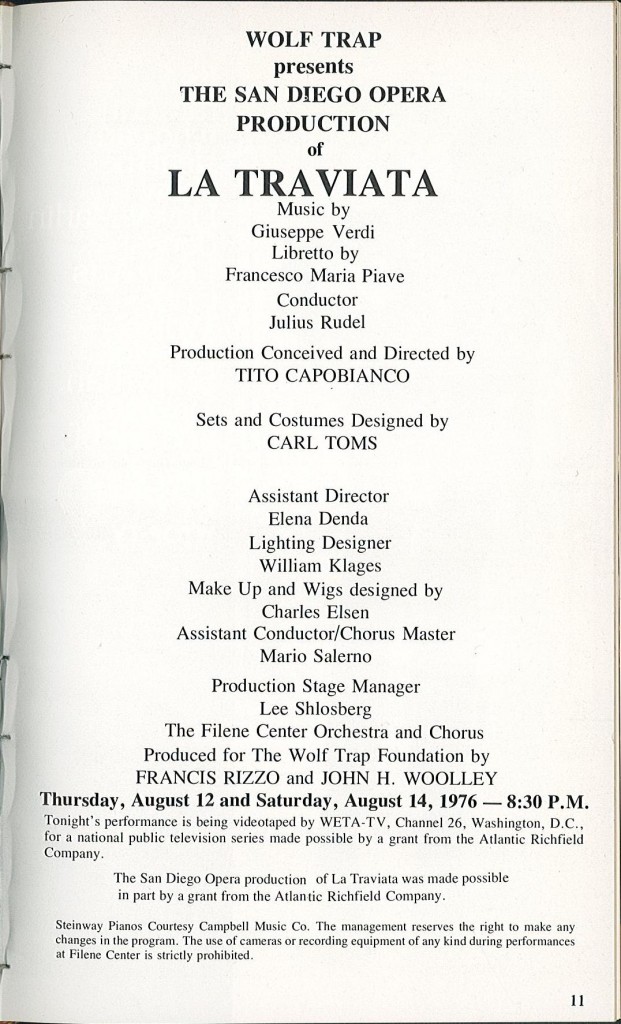 I saw this, Sills was still probably the greatest Violetta I have ever seen. It was actually announced that she was sick before the show, but you could not tell and she said in her own biography that she could have sung this role under basically any circumstances.

I enjoyed Henry Price’s performance too. I think if he hadn’t been so short he would have had a much bigger career (pardon the unintentional pun). Really nice voice tho’, committed actor, good looking, etc. But Sills towered over him (as did basically everyone else).

Interesting that the show was cut down – it explains why things looked kind of bare on the huge Filene stage.