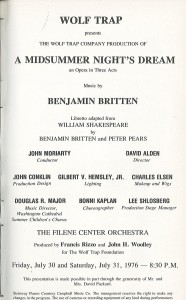 season at the Filene Center. Directed by David Alden and conducted by John Moriarity, it featured all 16 members of the Company roster. (Guest artists were engaged for Oberon and Puck.)  Young artists making their Wolf Trap debuts included John Cheek and Peter Strummer.

The fairy chorus came from the National Cathedral School, and it boasted a young singer named Garnett Bruce, who went on to direct two productions for Wolf Trap Opera over 25 years later.  (It also included my friend Ned, to whom I give a shout-out:))

The Washington Post said that “The Wolf Trap Company proved so beguiling that each scene seemed to move out into the house and capture the beholders.” 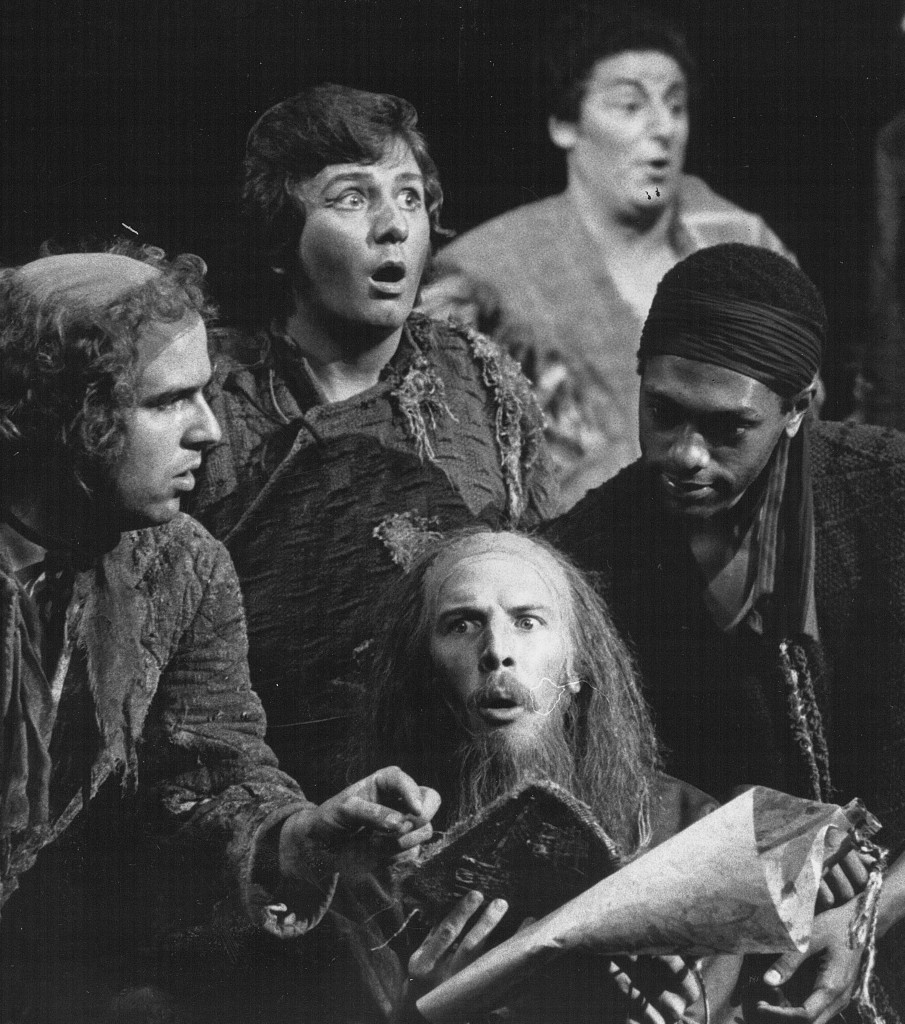 The Post reviewer liked it, but I remember the audience did not. It’s the first opera I ever went to where people started leaving DURING the show, in the first act. Huge crowds left at intermission, probably less than 40 percent of the audience stayed for the second act. Then a major thunderstorm started coming up, so more people left in order not to get soaked on the way back to their cars, by the end I don’t think there were 100 people left in the Filene Center (I was one of the very few, and did get soaked – hid out in the tunnel for a while.) Alden’s production didn’t help, Titiana was done as a white haired, white faced Zombie climbing around ropes, Oberson a variation on a cone-head (entirely in brown, including his face, except for a white stripe running all the way up his costume to the top of his head), etc.