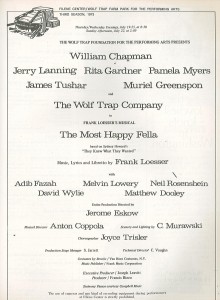 I haven’t laid my hands on any production photos, but as you can see from the pictures below, there must have been some rehearsals (or at least a photo op or two…) in the woods behind the Filene Center. 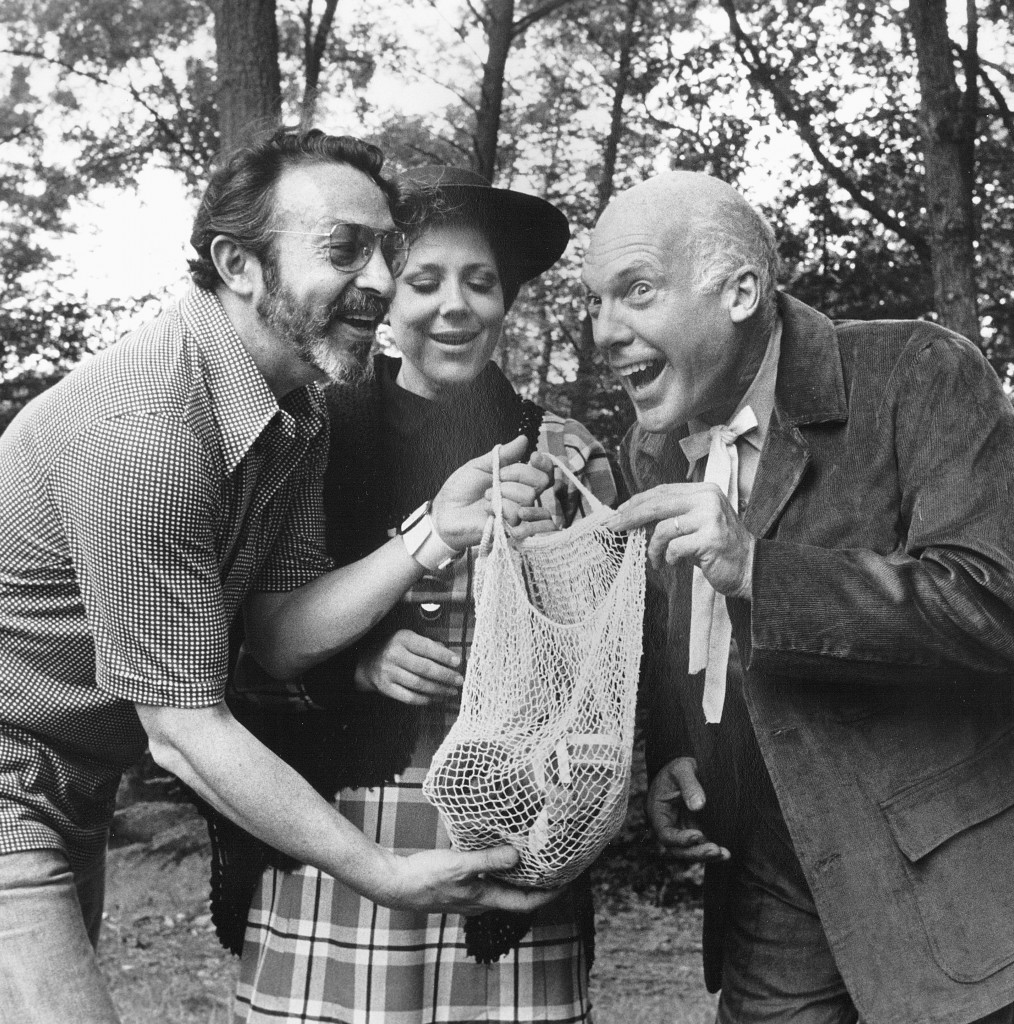 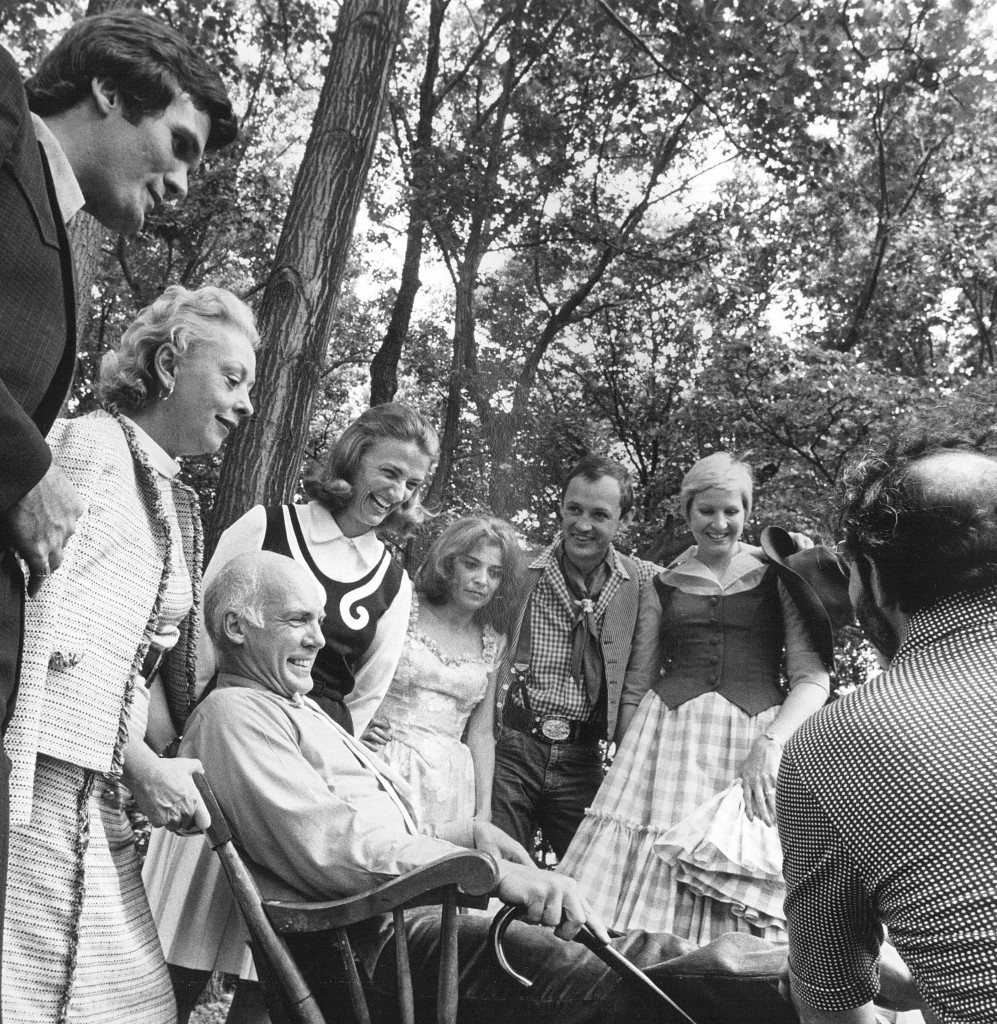 I was in this production! I have slides (yes, slides!) of a lot of us cast members mainly in our dressing rooms preparing for one of the performances. If you’d like copies, email me and I will see about getting them transferred to a digital format.