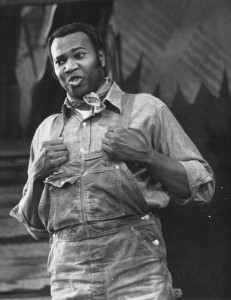 Scott Joplin’s Treemonisha was composed in 1910 but didn’t receive its first production until January 1972 (in Atlanta, GA), shortly after the piano/vocal score was rediscovered. In July of that same year, Treemonisha came to the Filene Center, in an orchestration by William Bolcom.

Guest artists included Simon Estes (as Ned), and the Wolf Trap Company filled out the cast and chorus. Soprano Carmen Balthrop – now a cornerstore of the DC-area opera scene and a professor at the University of Maryland – was among the young artist hopefuls in the cast.

Above left: Louise Parker as Monisha 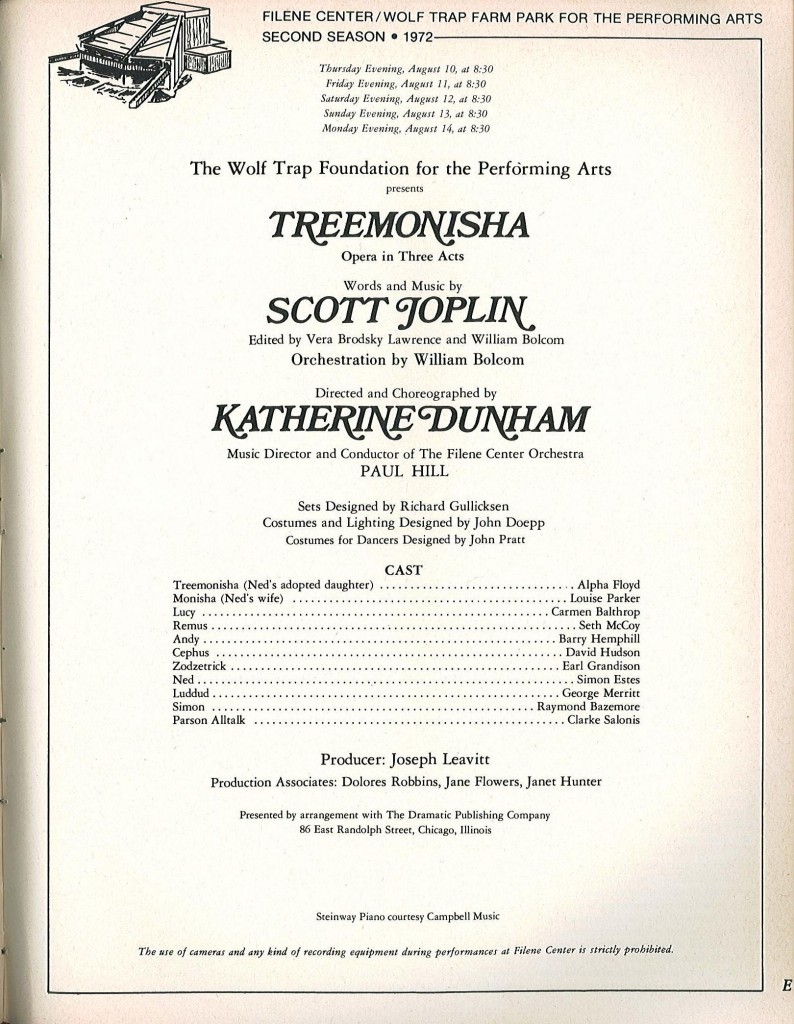 Thanks, Carmen. I didn’t know who to credit, but if the character in this photo is Monisha, then I guess the artist is Louise Parker.

Correct. The photo is of Louise Parker.