Welcome to August 1971, with the first performances of the Wolf Trap Company, at the original Filene Center.

1971: A Musical Theater Cavalcade
Spanning the history of musical theatre from Beggar’s Opera through Hair 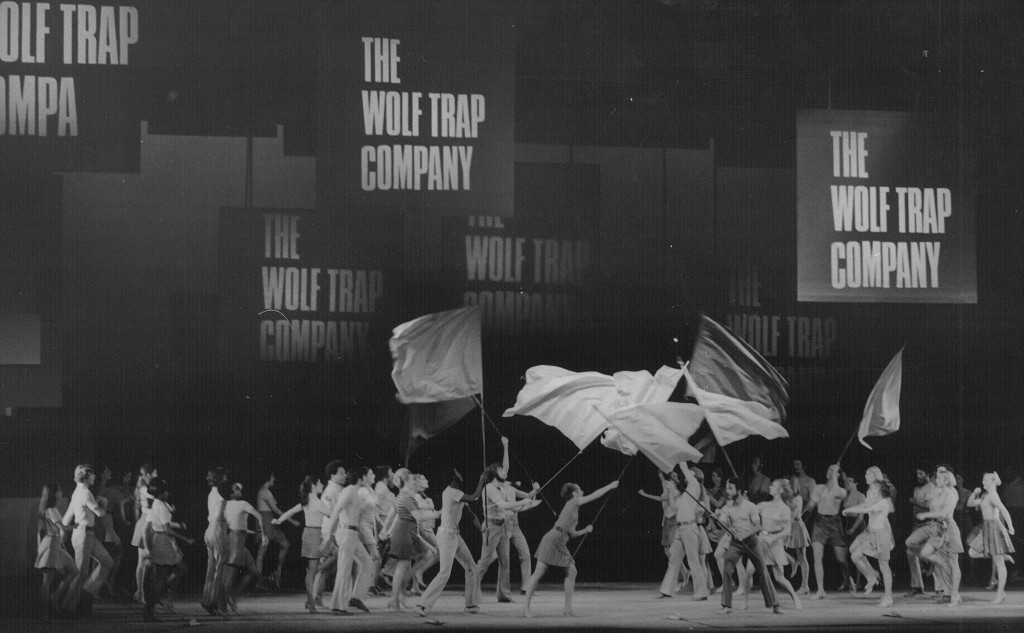 A Musical Theater Cavalcade, by Robert Lewis & John Green, was a fitting vehicle for the inauguration of this ambitious undertaking by Catherine Filene Shouse, Wolf Trap’s founder. She wanted to create a program that would give young people a chance to experience the demands of a professional career in the performing arts. That first summer there were 60 (!) aspiring performing artists, and their showcase performance of the Cavalcade included excerpts from operetta and American musical theatre. 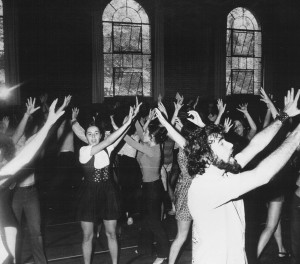 The 1971 Wolf Trap Company wasn’t just for singers – there were dancers and instrumentalists.  The Company rehearsed and lived at the nearby Madeira School (at left), as there were no rehearsal spaces available at Wolf Trap. Wolf Trap was a different kind of place back then, but I like to believe that the spirit behind Kay Shouse’s creation of this company is still very much with us.

Members of the 1971 Company went on to sing with the Met, the Wiener Staatsoper, the Savonlinna Festival, the Bayerische Staatsoper, the Opéra National de Paris, and many others. They taught on the faculties of  institutions including Notre Dame University and James Madison University, and some are still active teachers.  They sang and danced on Broadway, and one particularly precocious 17-year-old dancer named Kevin McKenzie went on to become the Artistic Director of American Ballet Theatre. 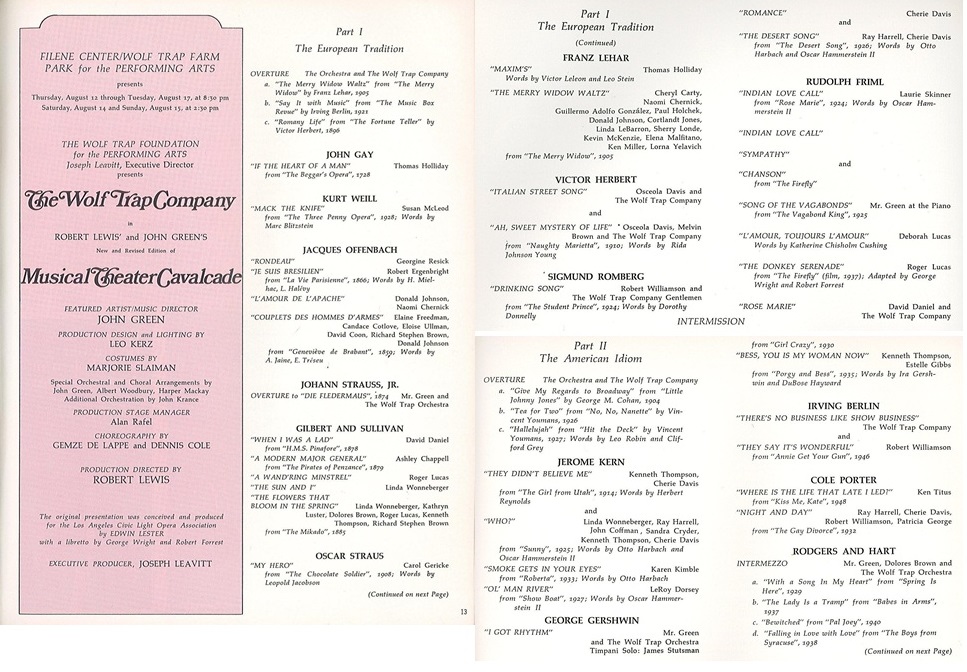 Members of the 1971 Wolf Trap Company

Hi! I was in this original cast and happened on your wonderful website today. Just yesterday I was telling a friend about the Wolf Trap experience and decided to poke around and see if anything had been written about those first couple of years. I was fortunate to be in the company the 2nd year when we performed The Most Happy Fella! I moved to Los Angeles in the late 70’s, continued dancing and singing and started a production company of my own performing theme musical revues for convention audiences as well as producing Industrial shows. I will always remember my Wolf Trap days – they were so exciting and nurturing. Thanks for this website! Would love to see more photos! Susan Harrison

I had the pleasure of performing with the 1971 group. It was my first experience to tour, and work with some of the best singers, dancers , musicians. I will never forget that experience. I have always wondered where and what some if the people are doing now. I would love to correspond with them.

I was not a performer in the calvacade show but every audience saw our work pictured in the top image. I designed the control system used to handle the projectors with the credits and song titles. We were contacted by the Wolf Trap scenic designers about whether we could create such a system. We installed it 5 days after that call. Given the size of the venue, it was not easy,but being a small part of that premier show was amazing.

What a treat to find this! I too was a member of the cast, there were auditions across the country and the selection went from 1,000 down to the 60 that were in the cast. I actually turned down a chorus role touring with Hair but decided the chance to work with Robert “Bobby” Lewis was by far the better choice. It was my first “big” event and of course having the President and his wife in the audience was memorable to say the least. More fun for me was the “intimate” tea at the White House with Ms Shouse and Ms. Nixon, we also sang for them there…acapello. I then moved to New York and was fortunate to be chosen by Lee Strasberg to study at the Actor’s Studio with him personally. My claim to fame small at best. Lots of off broadway and regional theatre; about 30 shows and singing in “supper clubs” there, San Francisco, L.A. ( a bit of theatre there) and The Frankfurt Playhouse in Germany where I got to work with “Andora” Agnes Moorhead. Retired now in Palm Springs writing a Book working title Coffee Time in Georgia and at 78 still singing.. If any cast members read this and remember me would love to hear from you?….ah memories
ps: I didn’t notice Frank Corsaro being mentioned he was the voice/musical coach and had directed Beverly Sills at the New York City opera among others…Quite a summer. Thanks to him I did have a walk on with the NYC Opera right behind a live horse….as I said ahhhhh fame!

Jeffrey Hildner…Ken Murphy
are you still on the Planet??
Stephen Myrick
stephenmyrick3@yahoo.com
ps: I am now in Palm Springs, CA 78 years old and writing a book.
Jeff last time I saw you, you were at Princeton, Ken we were In NYC sharing an apt with 10 ha ha people.