A short post this week – and a slightly more personal one than typical – as befits my current state of leisure.

The last couple of days have been spent in the reflected glow of Physics Science Fair Hell, but my son’s project is due tomorrow, and this too shall pass. Otherwise, I’m spending a majority of my days at the piano, which is something I haven’t done for a very long time. 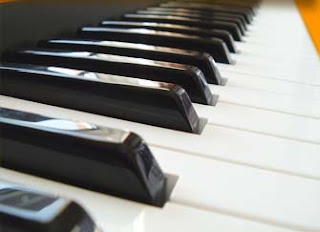 Those of us who work in the music business and who also have something of a history as musicians ourselves have to reconcile our two identities. Even though I spent 15 years as a working musician (opera coach, pit pianist, recital accompanist, piano bar entertainer…), I never had a whiff of an aspiration of becoming a professional soloist. I have neither the chops nor the patience – not to mention the temperament – to spend that many solitary hours at the keyboard. But for those 15 years I played. And played and played. All day almost every day. (And almost never practiced, except in grad school. Shhhh. Do as I say, not as I do.)

So although I miss making music on a daily basis, I’m thrilled to be able to make a contribution to the business from the other side of a desk. For a number of years I believed that it was possible (and preferable) to set aside the piano, exploring the many creative possibilities of artistic administration. But what I miss about being a musician has absolutely nothing to do with the music business.

I realize this will sound a little “woo-woo” (what my favorite yoga teacher used to call the fringe element in her own business), but bear with me. There’s something almost meditative about playing the piano, and I miss that the most. I am the queen of multi-tasking, and the office environment in which I spend my days has allowed me to take this tendency to extreme. So it’s no surprise that most of the things that I don’t like about my life are due to haste and shallowness of concentration. Too many things, too fast, in too random a fashion. This is not news. (As a matter of fact, a colleague pointed out a recent study that showed that a multi-tasking brain functions more poorly than a brain on drugs.) As we all know, music exists in time, and there’s a reassuring suspension of time at the keyboard. The perfect antidote to the runaway train that is the rest of my day.

No, I won’t romanticize this much further, for I well know that anyone who entertains the idea of sustaining music as a profession soon suffers the frustrations, deadlines, and conflicting demands that all of our face in our work. But I’m more convinced every year that it’s in my best interest not to deny this part of me. It will always be just a pasttime, for I’m far too humbled by the prodigious talent all around me to pretend that I could ever compete on a professional level. But its place as recreation doesn’t diminish its importance.

I preach this to singers all of the time, and I so rarely take my own advice. There are many people who aren’t destined for an international career, and there are more variables playing into this determination that you might think. The raw equipment to be sure. More than a little luck and a tremendous amount of hard work. But there are temperamental and lifestyle considerations that can (and often should) derail the career of someone who otherwise would seem to have it all together. I perpetually counsel these folks not to give up on music. Satisfying local, regional, and other hybrid types of careers abound. I always felt that I had taken my own advice when I chose this, my most recent incarnation, as an administrator. What I had forgotten was that it is permissible, even advisable, to keep playing. And to try not to apologize for the fact that there are occasional dropped notes and miscalculated phrases. And to try very hard not to apologize for the fact that I’m going to (horrors…) use printed music for my upcoming recital. (There are enough hours in the day to dust off my chops and make some music, but not nearly enough brain cells available to memorize it all.)

I’ve only picked stuff that I love to play and that I can pull together in 4 weeks. A clear organizing principle, and one in which amateurs can indulge:)