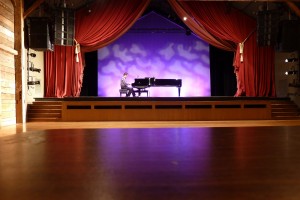 It might seem as if we’re done, but only now does the rubber really hit the road. We’ve been gathering information for a month, and now it’s time to use it. We hold off on making decisions about repertoire until we hear all of our auditions, and as of 4 hours ago, we are officially done. And now we have about 3 days to make sense of it all and start making offers.

Whenever I talk with aspiring arts administrators, I learn that the thing they crave the most is the chance to cast an opera. (Yeah, turns out that no one really lusts after reconciling spreadsheets.) Truth be told, it’s pretty heady stuff. But it’s not easy, and every choice means multiple roads not taken. We’re carrying over 40 singers forward as finalists, and we’ll probably be able to hire 15 at most.

I continue to learn that the questions are the most important things. For too long a time, I believed that being grownup, being in charge, meant having the answers. Only recently have I really understood the power of asking the right questions. Ask the wrong questions? Get the wrong answers. For of course, you only get answers to the questions you ask. Choose wisely.

“Did I really communicate the essence of that aria?” instead of “Did they like me?”

“Who is likely to reap the biggest benefit from this opportunity?” instead of “Who is the safest choice for this role?”

“How can I be the best steward of these limited resources?” instead of “Why don’t I have enough money to do what I want?”

“How can I approach this career so that it feeds my soul and my bills still get paid?” instead of “Why can’t I get ahead?”

“Which opportunities are important enough to justify the abandonment of others?” instead of “Is there any way to do it all?”

Good luck to all of us.

“Have patience with everything unresolved in your heart and to try to love the questions themselves as if they were locked rooms or books written in a very foreign language. Don’t search for the answers, which could not be given to you now, because you would not be able to live them. And the point is to live everything. Live the questions now. Perhaps then, someday far in the future, you will gradually, without even noticing it, live your way into the answer.” [Rainer Maria Rilke, Letters to a Young Poet]

Thank you for this! Wise words…

I enjoy reconciling spreadsheets! (To be fair not an arts administrator)