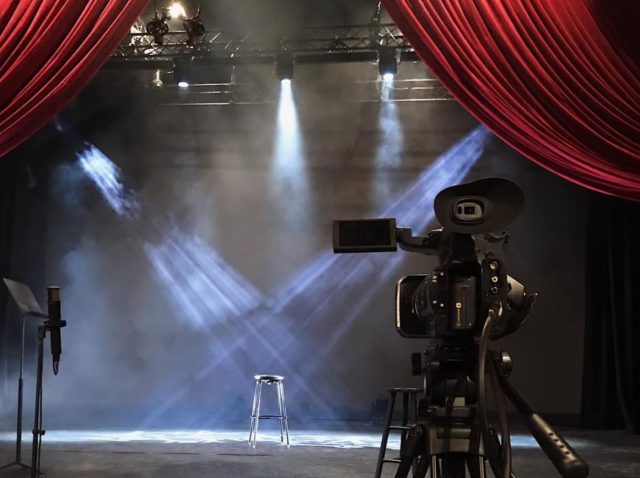 Friends, I have tried to write this post no fewer than a dozen times. I don’t get very far, because there is so much to say, so many layers surrounding this crazy summer. Our season has concluded, and our company has scattered; but they left us in good health, and that is truly the best outcome I could’ve hoped for.

In March, as we were trying to pivot the program, the WTO team started thinking about the big takeaways that we wanted for our artists this summer. They fell into 3 categories:

Health. We had to find a way to keep the larger group as safe as possible, and dug into research, consultations, and guidelines from the CDC and Virginia Commonwealth. We also asked our colleagues around the country and internationally about the best practices that they were observing.

We created a protocol for onsite and offsite activities, and the company signed off on those protocols prior to their arrival. Daily (and in many cases more frequent) temperature checks, outdoor rehearsals when the weather allowed, small groups of people in each space, increased ventilation and recalibrated HVAC systems are just a few of the structures that we put in place…the list goes on. We strove to keep up and implement new information: for example, we learned during the quarantine (and after we had purchased a Clorox 360 sanitization device) that the possibility of contracting the virus from surfaces was quite low. And we learned just before onsite rehearsals began that mask wearing was as important outside as inside, so we tightened that restriction for our folks, as well. The singers were invested in maintaining their own health and contributing to the success of the season; their buy-in was intergral to the maintained health of the company.

Connection. A big part of the Wolf Trap Opera experience is the community culture…and after the novelty of zoom happy hours wore off, the craving for connection remained. How to make sure that our artists felt connected, without putting anyone at risk? How to demonstrate to the broader population that we were still making art, contributing to growth, and making sure our artists could demonstrate the momentum that was desperately lacking in the epic loss of performance opportunities?

To address connection, we reached out to our broader network. Led by our Artist in Residence Denyce Graves, we had a truly starry cohort of alumni who gave our company their time and attention. In sitting in on the daily group sessions during the quarantine period, I was personally struck by the candor and generosity of our alums; they each were forthright about their own struggles navigating the last five months, but also found ways to inspire.

To get those audition muscles firing again, we held two virtual audition days for industry colleagues. The auditions were streamed so that the panelists could see the singers in real time, and so that the selection of the second aria could emerge from the collective thoughts of those watching. The performances our WTO artists gave were strong, and the feedback from the more than 75 panelists – casting directors, agents, intendants from all over the US and Europe –  who attended one or both days was uniformly positive, both in talking about the structure of the process and the exceptionally high quality of the showcased singers.

Artistic Experience. While we were unable to provide the full operatic experience that we had initially promised, could we find projects that would be artistically gratifying for our artists? Were there skills that we could help facilitate, even with a short residency?

The artistic piece of the puzzle was, unsurprisingly, the easiest and most fun to put together. We talked to the artists and discussed options, and ended up with a mix of planned repertoire (scenes from Boheme and Onegin) and scenework that we likely couldn’t field in a normal season. Excerpts from Bellini’s Norma, Fricka’s scene from Die Walküre, and a duet from Sondheim’s Into the Woods all come to mind as straying a bit from our normal avenues. Perhaps more importantly, our stage directors Crystal Manich, David Paul and directing fellow Rose Freeman were tasked with changing the staging focus from a live production model to working for camera. They had to create different schedules, rehearse and capture under shorter timelines and with fewer resources, and conceptualize an experience that read well on the small screen while dealing with big-house voices. The skills that our singers learned from this new format will undoubtably prove helpful over the next several months. You can check here to see the schedule of release dates.)

I am so proud… proud of our team who pivoted thoughtfully and thoroughly into this new iteration of opera-making. I am proud of the artists who made that leap of faith and joined us in Virginia. I am proud to be part of an organization that is truly supportive of artists and creativity. Five or ten years from now, someone is going to ask me “Hey, do you remember what you were doing during the 2020 Pandemic?” And I’ll be able to say, with a large smile on my face, “We were making opera, like we do every summer.”

I am so impressed with what you and the other Wolf Trap Opera folks have been able to do in such trying times. You not only found a way to provide WTO artists with a quality training experience and exposure, but you gave your fans the opportunity to see and hear these gifted young artists in novel online offerings, still available online. And being able to bring in established megastars like Denyce Graves, Renee Fleming, and Jamie Barton to work with your trainees is like…wow!

Kudos and thank you’s to all the WTO staff and artists for this summer. When the gates are open again next summer, we, your fans, will be back, and can’t wait!!!

Congratulations on mounting such a wonderful program despite all the odds. Missed being there but Wolf Trap Opera has always provided highlights in my music experiences and did it again this year. So proud of all of you that planned and carried it off and advanced talented young singers at a crucial career point.