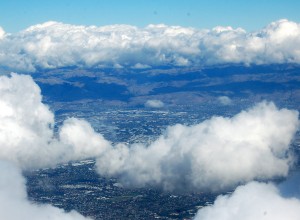 My apologies for ignoring California. I had gotten the flu after the New York leg and thought I had bounced back. I was wrong, and it has taken me all of Ohio and California to feel human again. The good news is that things are looking up. Only about 2,500 miles and 350 arias to go, and I am now optimistic that it can indeed be done.

Seems that I last wrote at about 6 miles over Colorado. Since then, we’ve held a few lovely days of auditions in Los Angeles and San Francisco, had an actual day off (during which I stared into space in a fugue state for about 10 hours), saw this breathtaking show, and flew to Houston just in time for this jaw-dropping performance.

Our travels have included four visits to three different opera houses – respectively featuring a dysfunctional family in mourning, a messed-up marriage, the trail of wreckage of a 377-year-old woman, and a series of deaths in an English fishing village. Rahree says that she swears the next show we see will be a comedy. And, given what promises to be the frenetic state of our lives over the next 4-5 months, she will probably get her wish. (Yes, the next opera we get to see might be one that we produce: The Inspector, a comic opera coming to a Barn near you on April 27, 2011!)

A few heretofore popular arias didn’t surface until California – “Vedrai carino” and Orlofsky’s aria among them.  Houston brought us our first “O luce di quest’anima”.  Still among the missing?  “Batti batti” and Dido’s lament.  (Oh, and while we’re on this topic, I promise that the aria frequency lists for the guys will be done by Tuesday.)

A Little Ranting in Our Future?

We notice trends – recurring patterns that leave us frustrated and confused. It’s tough to find a way and a time to address these topics with both candor and compassion, but I shall try. Later this week, or as soon as I can wordsmith it to my satisfaction.