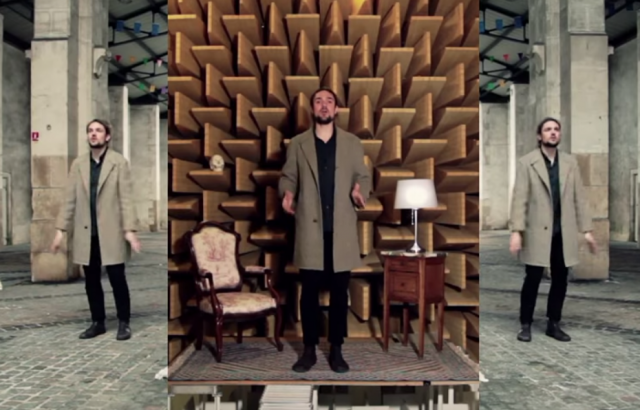 There are many steps to putting on my audition ears. Spotify-surfing through my favorite recordings is only part of the process. I also have to remember how difficult it is to compare different voices in different acoustics. To wit, consider these extreme ends of the spectrum…

Singers initially love the fact that everyone sounds huge in such a space. But quickly, some grapple with the fact that once the sound gets rolling around, it’s very difficult to zero in on pitch. And often, a super live acoustic picks up and magnifies troublesome aspects of certain kinds of voices.

For us, this kind of environment is the aural equivalent of squinting, trying to zero in on the core of the sound and ignore the noise around it. All of the upper partials are exaggerated, and although this can flatter the occasional muted, dark voice, anyone with any natural squillo in the sound starts to peel the paint off the walls.

But as problematic as this sounds, the following alternative is usually considered worse…

2. Singing Into a Sock

Singers have to resist the urge to push and drive the voice in a too-dry acoustic. The biggest mistake that inexperienced singers make is to push for volume because they don’t hear the sound coming back at them.

But if forced into either end of the spectrum, this is what we often choose. And I’m here to try to convince you that you actually have a better chance in this kind of environment. In a dry acoustic, we know that we have to mentally add a certain amount of bloom and resonance to everyone’s sound, and that tends to make us charitable. (As opposed to the hyper-live acoustic, where the mental exercise is one of subtraction.) We actually tend to deliberately overlook (or minimize) some things because we know how naked the sound is.

Bottom line: Be prepared for the entire range of possibilities. For this isn’t just limited to audition spaces – there’s a similar range of acoustics in performance halls. Work with your teacher to find ways to avoid focusing on the unreliable aural feedback and to depend on other, more technically secure ways to know that you’re doing your best singing.

And enjoy this video, which will give you an idea of how dramatically different a voice can sound in various acoustics.