This evening we kicked off the summer’s improv festivities with a “blue” version of Instant Opera for Wolf Trap’s new Young Professionals patron group. Members of the 2007 cast improvised operas on adult themes (well, it wasn’t terribly “adult” – just a few steps removed from the typical SpongeBob plots), and a good time was had by all. (In case you’re wondering, I’m not exactly in the young professional demographic. But they let me lurk in the back anyway.)

Jamie Lynn Spears gave birth (funny, but her sister did the same thing in Instant Opera a few years ago…), Bob Dole made a guest appearance, and Liza Minelli and Snoop Dogg took a vacation in Amsterdam. 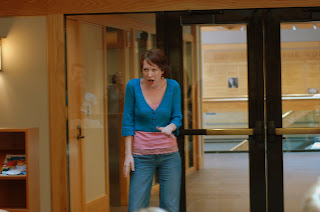 VIENNA, VA – During the rehearsal process of George Frideric Handel’s Alcina at the Wolf Trap Opera Company, one of the world’s most renowned summer opera festivals, a startling and

perverse confirmation of said composer’s obsession with pyrotechnics has emerged. With little to no warning, the magical singers at the brilliant, renowned, phenomenal Opera Company are seen throughout the day transforming themselves into Roman Candles, Whizzbangers, Flowering Fliggins, and, shockingly, even Twisting Twuzzel-Twixers. Occasionally, although less than this journalist would have anticipated, Handel goes “old-school” and has the singers erupt into simple Sparklers and Firecrackers.

“When I first opened the score back in February of this year,” says star soprano Rebekah Camm, “I singed my eyebrows off. I guess I should have known right then and there that Handel was a cold-hearted, low-down, dirty, good-for-nothing pyromaniac. But I was in denial. And now here I am, erupting into Flying Flizzle-Feffers with no warning whatsoever.”

But what are these Humming Hoozie-Whatzits and Tornado Turbo-Tickers? Isn’t it true that they hadn’t even invented fire when Handel was alive? There is no simple answer to these startling questions, but, in a nut-shell: while of course there was no such thing as fire, gunpowder, or the Fourth of July when Handel wrote his flaming masterworks (July was invented centuries later), his propensity for pyromania is evident in his vocal stylings. 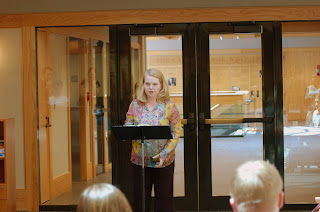 And a Farewell to Giuseppe 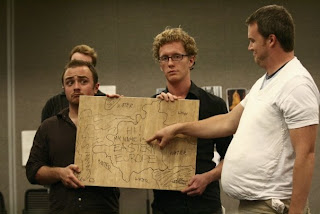 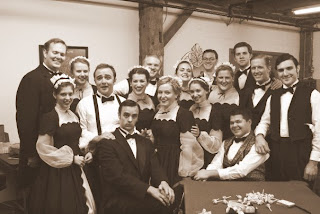 Pyromania? From the composer of “Music For The Royal Fireworks?

Oh, Kim, this blog brought back memories of Maureen McKay giving birth as Britney during Instant Opera – probably one of the funniest moments during my time at the Trap.

It is such an honor to have plaed Maureen McKay Spears’ road manager in that “performance”.

The best part of that day was watching all of us in the “wings” of the Barns as we decorated Maureen as Brittney. It was as if some higher power sent down the fake snake and headset with wrap around microphone.