Well, the audition notifications have starting going out, and I had a chance to check the online chatter. There’s general confusion and consternation about who’s getting tapped for an audition this year and who’s not. We’re also receiving email inquiries (and a few rants) about our screening policy.

I’m in Singapore right now (to play a concert), fighting off the jet lag that comes from a 21-hour flight and a 12-hour time difference. I’m not sure I’m thinking clearly enough to shed light on anything, but I’ll try.

Consider now that you need to have a minimum amount of training and credentials to consider applying for Wolf Trap. The remaining 400+ people can’t all be way out of the ballpark. There are very individual and undeniably subjective judgment calls being made here. If you were making these decisions, you’d undoubtedly make different ones. We do the best we can.

We removed our age limit (actually, it was an age range, from 21-30) a few years ago. Since then, we try to define our target artist as one who is no more than 2-3 years past the fulltime academic or young artist program phase of his/her training. What we’re increasingly dealing with is the singer who finished a graduate degree, artist diploma, or fulltime YAP anywhere from 5-10 years ago, and who has been doing a combination of professional engagements and summer YAPs since then. We’re not denying that these singers are candidates for solid careers. We simply don’t believe that we are trying to serve that demographic. Otherwise we might as well start calling managers and negotiating fees.

Since we have neither an age limit nor an audition frequency cut-off, we hear from singers who have auditioned for us many (4 or more) times before. And every year there’s a new influx of unknown singers who deserve a first hearing. We make the frequent choice to put through a new person for the first time instead of a repeat audition.

There are a few fallacies about our singers.

No, they don’t all already have managers. Some do, but in any given season, it’s typically less than half. And even when they do, their managers have nothing to do with them getting the gig. We don’t solicit auditions through management, and every artist – regardless of assignments – receives the same fee.

And no, they’re not all from Met & Houston YAPs or JOC. I know this in my gut, but I went looking for some numbers. Of the 29 singers who were with us in the last two seasons, 41% had none of those affiliations. That does mean that the remaining 59% did have a previous affiliation with one of those organizations. But it stands to reason that a handful of the best training grounds in the country would turn out some of the best singers.

If you enlarge the list above to include YAPs at Lyric Opera, San Francisco, Seattle, and Pittsburgh; and conservatories/universities like Curtis, CCM, MSM, IU, AVA (and no, this is not a comprehensive list…), then it’s a pretty good picture of most of the singers who end up here. But it’s not those affiliations that are the point. If it were, we wouldn’t waste our time and money running a full-out audition process for two months every year – we’d just partner with some of those organizations and forget about casting a wider net. The point is that we’re looking for the singers at the jumping-off point who are doing the best work. And those other organizations have already tapped some of the best talent at the previous level.

I’m rambling more than I should – blame it on the jet lag fog.

I am empathetic – probably too much so. I was rejected from a few grad schools, I couldn’t get auditions for a few gigs that I really wanted, and I was turned down for an important job. But I’m working, and if you have the chops, you will too. 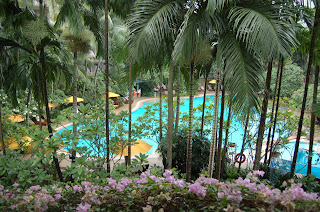 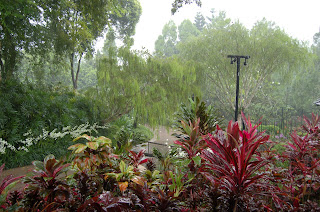 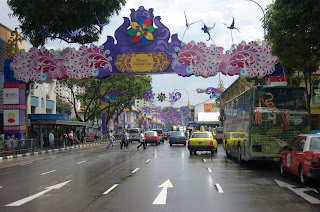 Singapore! My home town! Looks like you were in time for the rainy season! -v