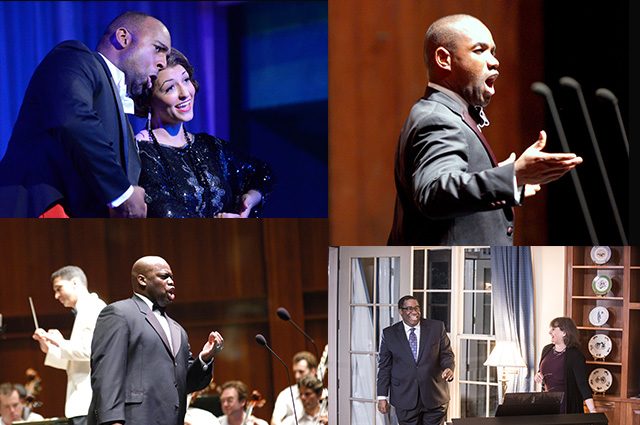 I had planned to churn out a chatty blog post at the end of September, calling your attention to a new book about WTO alumnus Ryan Speedo Green and celebrating his journey as one of many success stories among our alumni. But the national news changed all of that.

Race is top of mind in the national conversation right now. And although this blog is decidedly not an appropriate forum to dig deeply (or at all) into the nuances of that conversation, I was struck to the core by the way this difficult discussion is juxtaposed with the joyous updates that I regularly receive about the young people of color who pass through our doors.

It’s not just Speedo who made the news this week. There was Morris Robinson in USA Today, talking about how setting an example for his 11-year-old son is a huge motivator, and how he feels a responsibility to represent African Americans in a genre of the arts that has struggled with a lack of diversity.

There’s Eric Owens, who was an important presence in Speedo’s career, and a big part of our life, too. Eric came back to Wolf Trap in 2014 as our first Artist in Residence, and his desire to give back and to mentor the younger generation is so strong that it’s visceral.

And there’s tenor Larry Brownlee, who is on a month-long campaign to raise funds for autism research. He’s one of the most dedicated fathers I know, and he is at the top of his game on an international level. His level of care and affection for all of the myriad people in his personal and professional life is staggering. Larry says, “My hope is that what I do as a person and as a committed artist will allow people to see the good in me, and that it will dispel myths or negative perceptions of people of color.”

I could go on and on, for a roll call of the singers of color who spent some of their formative years at Wolf Trap would last quite some time. But that’s not the point. Today, I simply celebrate all of their successes, and I seek to put their positive energy and good work out there in the world, to continually counteract and chip away at any dangerous stereotypes that persist.

Oh, that chatty update I was planning? It was going to remind you that the book Sing for Your Life comes out next Tuesday, and that you should listen to Speedo talk with Terry Gross on Fresh Air. And even though all of this might seem insubstantial next to the bad news that’s engulfing us, I would argue that we should celebrate it all the more.

Above, clockwise from top left: Ryan Speedo Green with Kiri Deonarine in The Journey to Reims (2013); Lawrence Brownlee in WTO’s 40th Anniversary Alumni Concert (2011); Eric Owens in a private concert, collaborating with Kim Witman (2014); Morris Robinson in concert with the National Symphony Orchestra (2003)

I am so proud and humbled st the same time to have known these amazing artists and human beings! Thanks, Kim !!