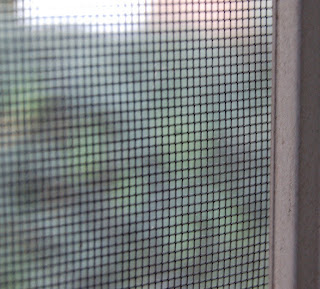 This is my least favorite part of our annual cycle, bar none. We’ve received about 1,000 applications for next month’s audition tour, and we need to pick fewer than half of those singers for our audition tour.

First (and least controversial), it’s sheerly mathematical. We (I) can only really hear about 30 people a day and still be really thoughtful and functional about what I’m hearing. Although most Studio Artist auditions consist of a single aria (and occasionally a monologue), each of our Filene Young Artist (FYA) auditionees get to sing 2 arias (or whatever fits in 10 minutes). We can hear about 6 FYAs an hour and about 8 Studio Artists an hour. We are on the road for about 3 weeks, hearing auditions for 15 of those days. Can’t cram 1,000 people into that container.

Perhaps sometime we’ll have enough money and time to hear everyone. Wouldn’t that be fascinating? We wouldn’t have to spend most of the month of October sifting through everyone’s paperwork to try to figure out who should get in the door this year. But an audition tour that long would take a pot of cash that we don’t have. In spite of the fact that some singers rail against the application fees and believe that we’re getting rich off them, those fees don’t cover the cost of the existing tour. Airfare, hotels, space rental, pianists, monitors… it adds up. Expanding it isn’t economically possible.

The screening process has another, more controversial aspect, though. There’s a certain percentage of FYA applicants (I’ll go out on a limb and put it up there at 15%) who just aren’t in the right place in their careers and training for a program like this. Yes, we’re a “YAP,” and in some ways it does feel like opera camp. But the expectations are high, and the scrutiny (from visiting VIPs, critics, colleagues) is pretty intense. Singers have to show up here knowing themselves, their instruments, and their craft quite well. And that generally means having done a smattering of substantial-length roles, participating in and winning a high-level competition or two, and being in other semi-professional environments (generally YAPs in high-profile companies). When I see these markers on an application, I know that the singer in question is reasonably well positioned to do well here. These comments, viewed through a certain kind of lens, sound cocky and exclusionary. They are not meant to be so.

Does that mean that if you haven’t sung featured roles, won competitions, or gotten into a big-name YAP, you will never sing here? Of course not – no formula like this is infallible. And we’ve hired terrific people who don’t fit neatly into this box. But those external markers increase your chance of success at this point in the cruel professional singer pyramid, and we have to pay attention to them. You may be blazingly talented and come out of nowhere, not having played this particular career-building game. People do. And there are places who can take a chance on those singers, allowing them to learn, grown, and perform at an optimal level until they are ready to take on some bigger stuff without crashing and burning. But that’s not the way we’re set up, and it would be unfair (to you and to us) to pretend that we are.

OK. All of that said, I’m going to walk you through what happens when I screen a pile of Filene Young Artist applications. Tonight’s assignment is Chicago. 111 applicants to fit into 2 days. In this case, the screen door is open just a little more than 50% of the way.

The first time through the stack I pull out folks who meet one or more of the following qualifications:

Now I’m looking for confluence of factors. A single outlying marker from the list below might be enough to propel an application into the “yes” pile; more often than not, though, it’s a combination of positive items from a few of these requirements:

After the second pass, I have 8 available slots and 51 resumes on my desk. This is where it sucks most.

Up to this point, it was all about enabling. Picking people to whom we are able to say “yes.” But now the dynamic turns ugly, and I have to start deliberately eliminating. Not surprisingly, this process is the photographic negative of what I just described above in the “Second Pass.

Really, this phase of the screening really comes down to momentum. Over the handful of years that you’ve been singing, are the visible markers of your career moving in the right direction? Or is your singing life pretty much operating at the same level it was 2 or 3 years ago?

This hasn’t been the most pleasant post to write, or to read, but if you’re still with me, consider one other factor.

Another Kind of Door

This kind of opportunity is a revolving door. We don’t set a maximum number of applications or auditions, but whether or not you’ve auditioned for us before does play into the screening process. All other things being equal (well, equivalent), if we have to make a decision between two singers whose histories with us differ, we will probably default to the one who has never sung for us before. Not always the optimal decision, but ultimately the fairest.

OK, I’m back to work. And you should get back to singing. If we shut you out this year, I’m sorry. But there will be other years, other companies, other opportunities. If we’ll be hearing you this year, I’m looking forward to it. In a day or two I’ll get back to answering the repertoire and other audition questions that you’ve submitted via the comments section.

Wow, that’s fascinating. Knowing how the screening process works will make rejection sting much less, because I see that it’s not personal. Thank you for walking us through it!

Just out of curiousity, do you ever think about not holding auditions at all, or only auditioning people from the top programs or schools? I don’t mean to be snarky — it just seems like there’s not a lot in this process for you! Are you so thorough because you want to be fair to everyone, even at all this expense?