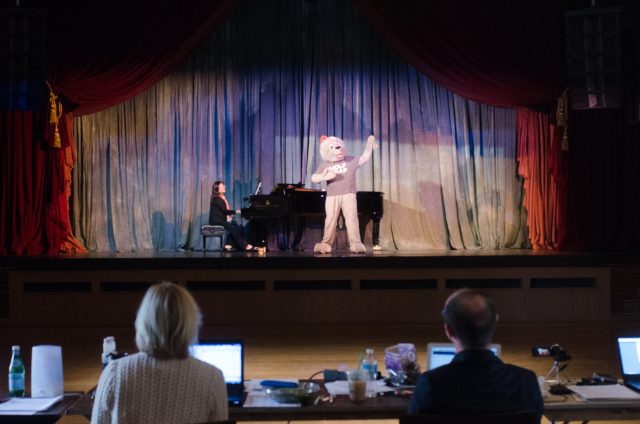 Hi, singer friends. As y’all are preparing your aria packages for this audition season, I thought you might want to see these lists of first arias from last year’s audition tour.

Unlike the master Aria Frequency Lists (which represent the full complement of 4 arias that singers put on their applications), these starter aria lists represent the pieces with which singers choose to begin their auditions.

The biggest conclusion to draw from these lists is that there is no significant take-away. The distribution of starter arias is well spread-out, and it’s a terrific reassurance that there are no rules to follow.

When we perceive what we believe to be an error in judgment in first aria, it almost never has anything to do with the abstract choice but with the suitability to the voice in question. So in case you ever needed more encouragement to be true to yourself and strut your own stuff, this is it.

Each list contains starter pieces for both tiers of our program. The Filene Artist list reflects singers typically in their mid-20’s to early 30’s, most of whom have already done a YAP or two and who have largely finished academic training at least a year or two ago. The Studio Artist list reflects a younger, more work-in-progress demographic with an average age in the low 20’s, often still in grad school.

It may seem that the Studio Artist demographic is more adventurous, for at first blush, there’s more variety (both in number and style) on those lists. In contrast, the Filene Artist lists might seem a bit more conservative. I do not believe that one should draw the obvious conclusion from this observation (that the SA demo is more artistically inquisitive etc,); I believe that the slightly more homogenous offerings from the older demo reflects a level of strategy about what audition panels expect to hear from emerging professionals and how they can best use their first 3-5 minutes in front of a panel to strategically position themselves.

Photo: Wolfie sings his starter aria from The Barber of Seville in the 2017 audition tour.