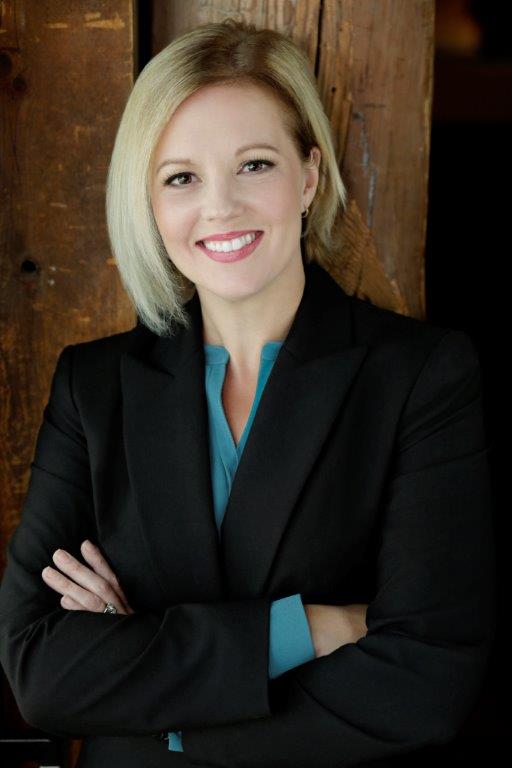 Wolf Trap Opera has gone through some changes in the last month! With Kim Witman’s retirement, we’ve restructured a bit and added some team members. This month, we’re going to introduce you to your new WTO team.

Lee Anne Myslewski first got to know WTO through their Internship program; she was a participant in 2004, and assisted stage director Leon Major during Wolf Trap’s first operatic commission, Volpone, written by John Musto and Mark Campbell. She joined the staff full-time in 2006, and worked alongside Kim Witman for over a decade.

TL/DR: Wolf Trap is special; the environment, art, and people conspire to make it so.

It’s not an understatement to say that Wolf Trap is a huge part of my life. My husband Dan and I moved to Vienna more than a decade ago in order to be close to the Trap, and found a wonderful, close-knit community of friends and neighbors. Outside of all things musical, I’m addicted to painting and Crossfit. (I may only reach amateur status in both disciplines for the rest of my life, but I enjoy the creativity of the former, and the challenge of the latter.) When I’m not at Wolf Trap, you can find me walking my labrador Henry in the small parks that dot the Town of Vienna, or reading on my front porch for hours.

At this point I feel like I have too many great Wolf Trap memories to count! But I will share three of the most memorable that sit at the intersection of art and the outdoors, which feels apt for our company.

The first: During my first National Symphony Orchestra season in 2006, it seems as if thunderstorms were scheduled to rumble through right around show time each night. On this particular evening, the NSO finished their first piece – Dukas’ The Sorcerer’s Apprentice – just as a lightning bolt split the sky and took out a nearby transformer. The park went dark, except for the generator-run safety lights: it was in this magical atmosphere that Renee Fleming took the stage to sing the most otherworldly version of Barber’s Knoxville: 1810;I still get goosebumps, just thinking about it!

The second: We had a starry concert planned for our 40th anniversary in 2011, with Wolf Trap Opera alums galore! Eric Owens, Denyce Graves, Richard Paul Fink, Alan Held, Lawrence Brownlee and a dozen others were rehearsing with conductor Stephen Lord in the Center for Education, when suddenly the glass atrium started to squeak, and the lights started popping out of the ceiling! Rehearsal was postponed as we trotted all of the singers, the orchestra, and the full Foundation staff into the parking lot: there had been an earthquake. It has not been scientifically proven, but I remain convinced that the quake originated from all of the operatic awesomeness in that rehearsal room.

The third: 2012, Opening night of Don Giovanni at The Barns. I was catching up on paperwork perched on the stairs leading to the balcony during the performance. To my amazement, as Elvira sang ‘Sentir già parmi la fatale saetta, che gli piomba sul capo!’ (‘I already seem to see the fatal thunderbolt striking his head!’) the back doors of the Barns blew open with force, and moments later the lights went out. It was the night I learned the word “derecho,” and perhaps one of the only nights that Don Giovanni lived to see the morning.

Geographical/meteorological events aside, the true reasons for Wolf Trap Opera’s staying power in my life come down to two simple criteria: art and people. What a privilege it is to take some of the greatest, multidisciplinary works of the last several centuries, and tell their timeless stories to our modern audiences!  Hearing audiences giggle or gasp during a baroque opera, a Mozartean classic, a twentieth-century masterwork? That sound signifies that the work we do – the art we make – transcends time and social and political lines, and speaks to a wide human experience.

A larger privilege is found within our community. We are lucky to have year-round colleagues who are warm, creative and fun – the Foundation staff are numerous and awesome! But more specifically, we at Wolf Trap Opera are gifted every summer with artists of dizzying talent and endless generosity; they choose to spend the season with us, to bring their best selves, to take risks, to learn, and by collaborating to make something larger and more profound than any could achieve singly. To sit at that intersection of talent and openness is truly a gift, and one I don’t take for granted.