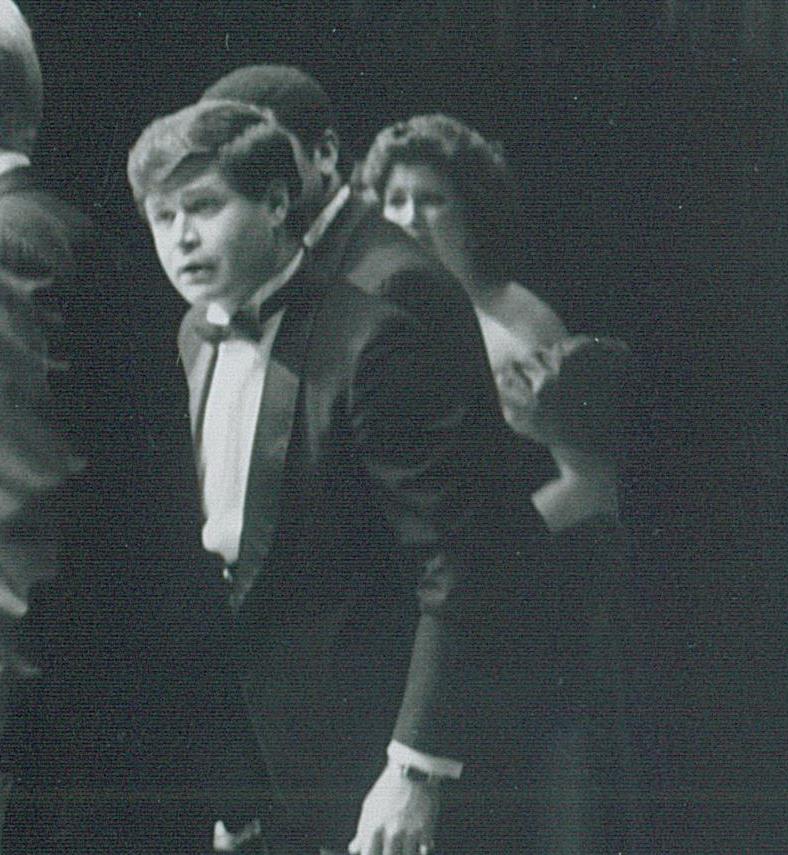 Richard has been in the opera world news a lot this past week, as he triumphed in the title role in Wozzeck at Santa Fe. We’re thrilled to have him come to Virginia right after he finishes in New Mexico.

My first summer at the Trap coincided with Richard’s. (He probably wouldn’t mind my telling you the date: 1985.) He was Bruschino Sr. in Rossini’s Il Signor Bruschino and the Impresario in Donizetti’s Viva la mamma. He also appeared (as all of our artists did) in a Showcase Concert at the Filene Center (at left!) – a Greatest Hits afternoon that we produced annually through into the early 90’s.

One of the hardest-working singers on the August 24 anniversary bill, Richard will welcome us with the Prologue from I pagliacci, then partner with Larry Brownlee in the Pearl Fishers duet and take the title role in the Rigoletto quartet.

It says a lot about Richard’s rock-solid technique that his voice is still in fine fettle, despite his having, for years now, put it to hard use in some of the most demanding dramatic baritone roles in the repertoire. If any of this year’s Filene Young Artists are reading this, bear in mind that Richard was with WTOC over a quarter-century ago, and sang ROSSINI while he was there, so there IS something to that old adage about having to crawl before you walk, and having to walk before you run.