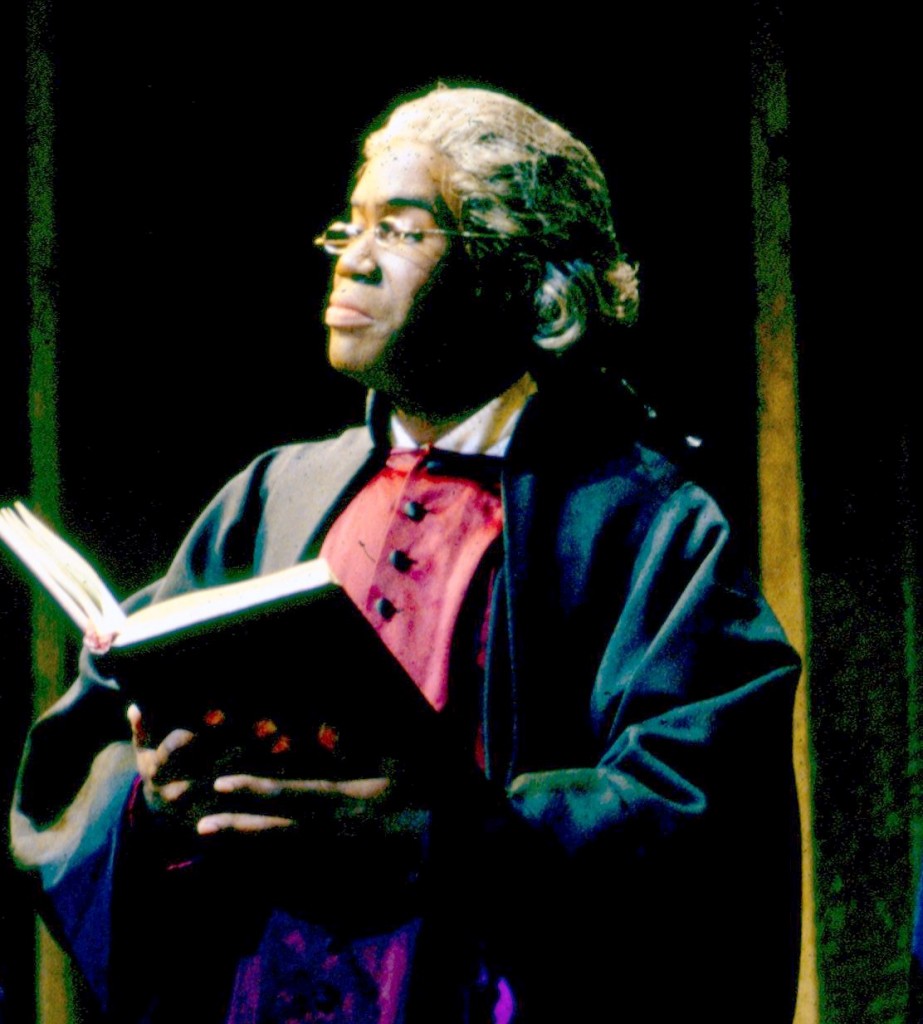 Eric has been in the opera world news a lot this year, what with his recent Doctor in Wozzeck at Santa Fe, and his Alberich at the Met this spring. He’s wedging in our concert between Santa Fe and a Tanglewood concert with the BSO, and DC-area audiences will get a chance to hear him again this fall in recital with the Vocal Arts Society.

We saw him at The Barns as Alidoro in La cenerentola (at left), Achilla in Giulio Cesare, the Father in the Mozart/Griffiths Jewel Box and Masetto (!) in Don Giovanni. And he was a commanding Sarastro in The Magic Flute at the Filene Center.

On August 24, he’ll sing King Phillip’s powerful aria from Verdi’s Don Carlo – an opera not heard on the Filene Center stage since the Met toured it there in 1979.

We specifically chose to include the Alidoro aria in that 1995 “Cenerentola” in The Barns because we knew that Eric would be able to really sing it: it is very moving, but calls for breadth of line and great virtuosity, both of which, even as a young bass, he had in abundance, which is exceedingly rare for that type of voice. He made that aria profoundly moving, so fatherly and compassionate.