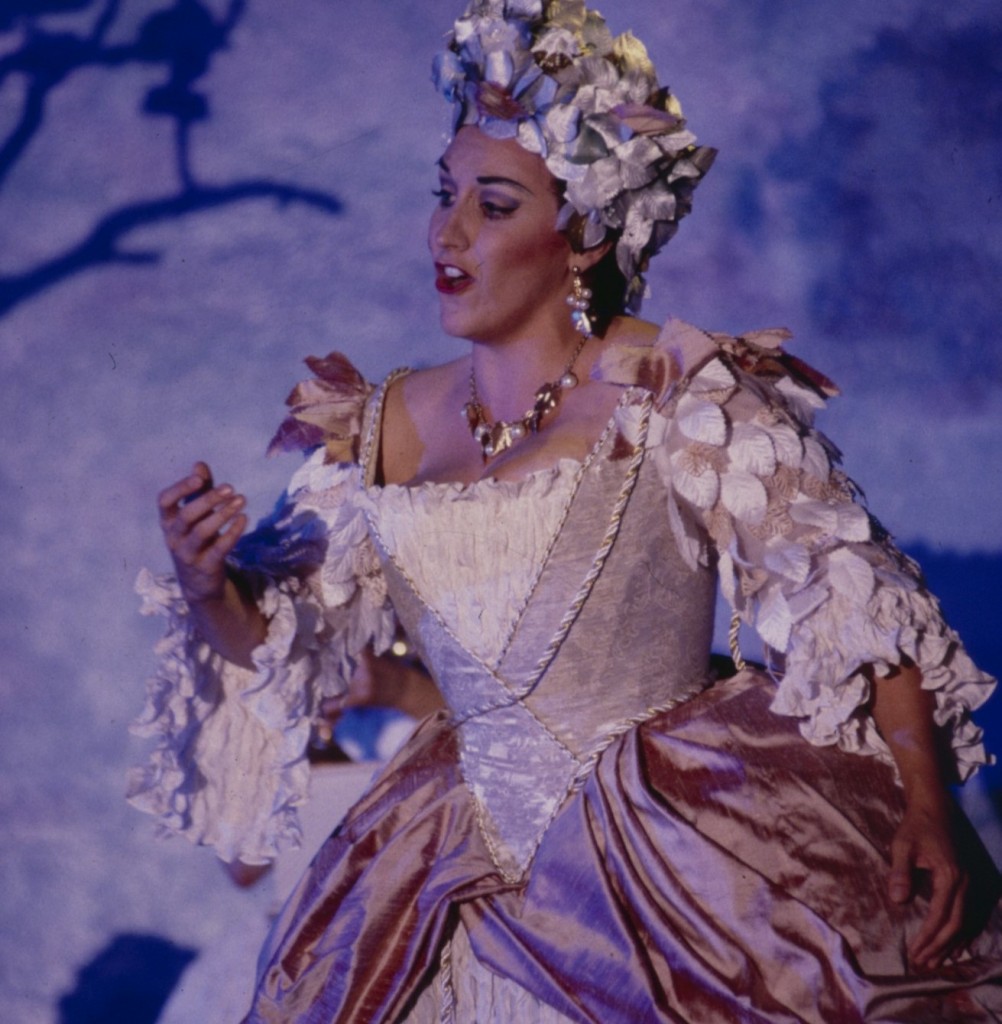 Emily and I spent a good deal of time together at WTOC, as I seem to have been assigned to play most of the shows in which she sang. There were Donna Anna in Don Giovanni, Fiordiligi in Cosi fan tutte, First Lady in The Magic Flute (that’s a lot of Mozart!) and, most memorably for me, Cleopatra in Giulio Cesare (at left).

On August 24, Emily will treat us to both drama and comedy with The Song to the Moon from Rusalka and Rosalinde’s duet with her husband from Johann Strauss’ Die Fledermaus.

And she is every bit as warm, lovely, intelligent, and cherishable in person as she is as an artist. Not to mention among the most brilliantly witty people you could ever hope to meet.