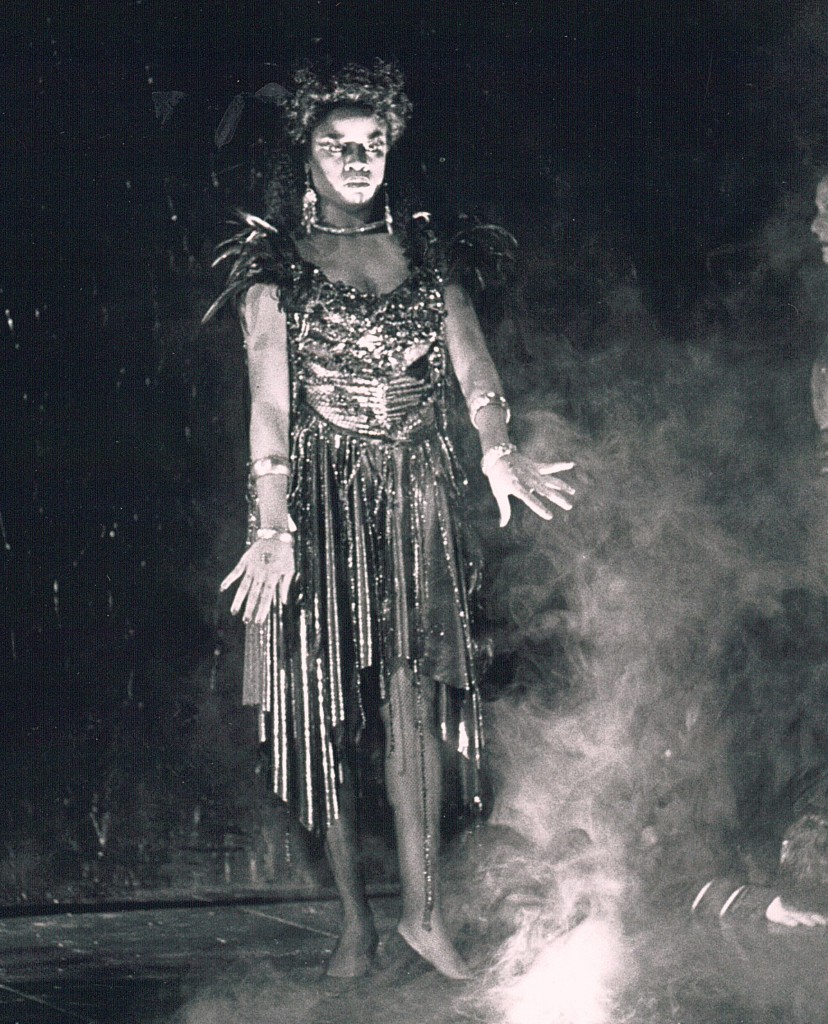 Denyce and I both got our starts at Wolf Trap in the late 80’s, and she would occasionally come to my studio to coach privately when she was preparing roles and living in the DC area over the subsequent several years. Oddly enough, I remember her mother coming along occasionally, quietly and repeatedly supporting her daughter’s quest.

She only had one Wolf Trap summer, and an odd one at that. The rep didn’t shake down in a way that would feature her in a big way, and she signed on for the Sorceress in Dido and Aeneas (at left, apologies for the scan resolution), Tisbe in La cenerentola and Marcellina in Figaro. (Take note, aspiring young artists; just because you do some growing and journeyman duty in small roles doesn’t mean that you won’t turn into a superstar :)

On August 24, Denyce will contribute to the verismo component of the evening with “Voi lo sapete” from La cavalleria rusticana, and she’ll sing Mallika in the Lakmé duet and Maddalena in the Rigoletto quartet.

Denyce was actually slated to be with WTOC first in 1988, but phoned that spring to withdraw, due to a chronic medical condition that had been plaguing her, and which was still undiagnosed at that point (over the summer, she received both a diagnosis and medical treatment, and made a full recovery). Had she been a Filene Young Artist in 1988, her repertoire would have included the title role in Britten’s “Rape of Lucretia,” which I still think would be a fine role for her.