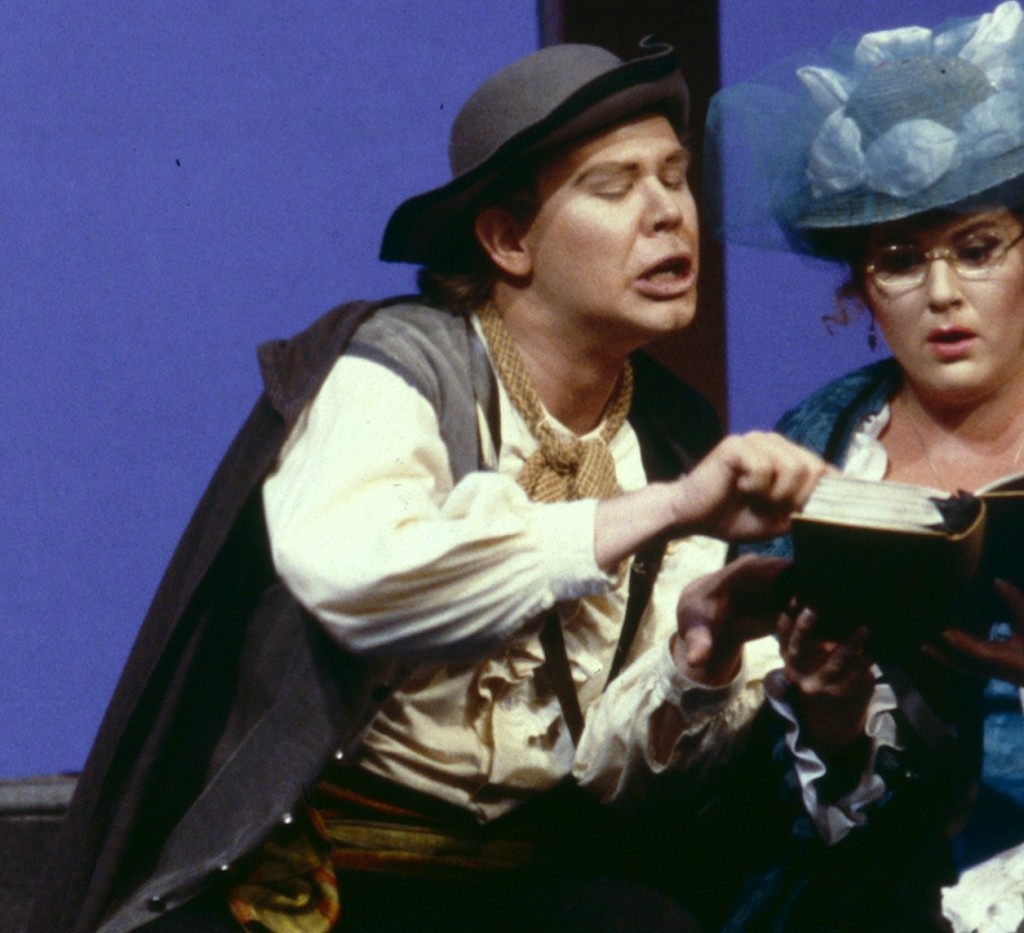 Alan has probably stayed in touch more than most alums from the first two decades. He and I worked at Washington Opera together post-Wolf Trap, and he returned for a recital with me at The Barns in 2006. He is already here in the DC area, rehearsing Scarpia for the Washington National Opera’s Tosca (which he shares with another WTOC alum, baritone Scott Hendricks.)

Wolf Trap audiences saw Alan as Bottom in A Midsummer Night’s Dream, Tchelio in Prokofiev’s Love for Three Oranges, Bartolo in The Barber of Seville and Leporello in Don Giovanni (at left). When choosing what to sing for the August 24 alumni concert, he immediately asked if he could sing Leporello’s Catalogue Aria, in honor of one of his very first full roles. (Young basses, take note: even Alan Held, the eponymous Helden-Bass-Baritone, sang buffo at the beginning of his career. I’m just sayin’…)

In addition to Leporello, Alan will sing his signature Wotan in the Entrance of the Gods into Valhalla from Das Rheingold, with a cast of 7 young artists from this year’s WTOC.

Alan clinched his very first audition for WTOC, in List Hall at the Met, by blowing us away with this “Rheingold” selection. While it’s true that his full roles were buffo that first summer, his contributions to the “Showcase Concert” in the Filene Center were much more serious, including the entire “Entrance of the Gods into Valhalla,” which concluded the program, beginning with Donner’s “Heda! Heda, Hedo!” and continuing though the end of the opera. For the Sitzprobe at The Barns for that “Showcase,” Alan and David Pittsinger, singing the duet for two basses from Verdi’s “Luisa Miller,” hooked onto a “C” note with such volume and vibrancy that their voices shattered the glass sliding door that when from The Barns out into the patio (so those, “Is it Live, or is it Memorex?” commercials from back in the day weren’t fake after all!).