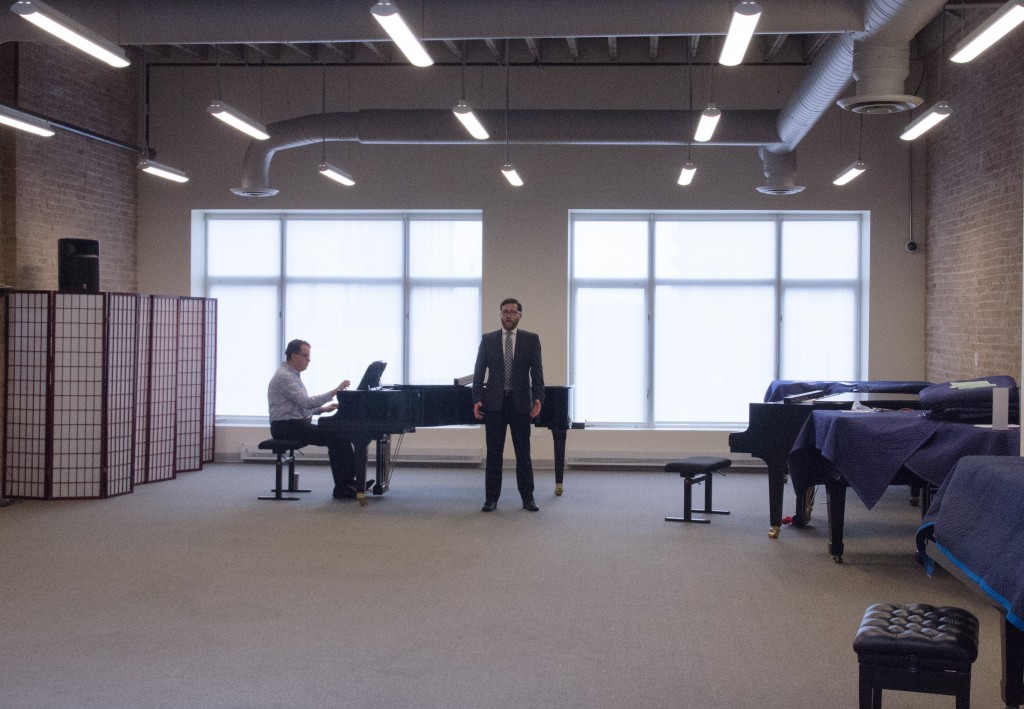 Our Chicago week was spent in a lovely room with natural light at Pianoforte Studios on S. Michigan. The staff was terrific, the acoustics was blessedly neutral, and we were surrounded by keyboard instruments. (There’s a Grotrian Steinweg under wraps in the far right corner of the photo; it’s the twin of my piano at home!) Spending time with beautiful pianos reminded me that it was time to share the results of my recent crowd-sourcing experiment.

About a week ago, one of Wolf Trap Opera’s coaches was wrapping his fingers and brain around the aria “Do Not Utter a Word” from Samuel Barber’s Vanessa. He took a break from practicing to send me a wonderful suggestion for a blog post. The prompt? Which arias are difficult or otherwise problematic enough that they can be classified as “sing-at-your-own-risk” when not bringing your own pianist to an audition?

I polled the pianist hive mind and was rewarded with a flurry of emails, Facebook comments and texts. I guess I had the expectation that I could pretty much predict what would end up on the list. In the end, I was wrong.

The list of arias that I compiled was exponentially longer than I expected. And there was a far less agreement on what was problematic than I imagined. I heard from audition pianists with decades of experience, from people who play everything from academic to YAP to company and manager auditions. What follows is my attempt to organize and interpret the list of over 50 arias submitted in answer to my question.

Many people listed arias from roles that we consider “mature” or “heavy.” This is a predictable trend. First, the vast majority of auditions are played for singers who are in the first several years of their careers; once they graduate to big warhorse roles, they are more likely to be cast based on prior outings with those roles rather than from auditions. And second, the percentage of voices who sing this rep is a small subset of the overall.

This list comprises thick and thorny rep that is tough to sightread and isn’t common enough that most pianists have had the chance to thoroughly learn and retain it. Many of these arias were written in the last couple of decades, with a smattering of rep from the mid-20th-century.

This is different from the previous list in that these arias are pretty straight-forward on the page – simply harmonic structure and easily read melodies and rhythms. The problem is not one of interpreting the printed page, it’s rather one of getting your fingers to execute an aria that isn’t often encountered.

There wasn’t general agreement on these, but they were mentioned more than once. A mix of technically difficult things and arias that aren’t often sung. 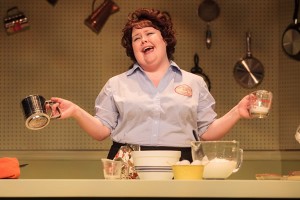 Off to Philadelphia tomorrow, then back to Virginia for a few days of prep for my Friday  concert with the inimitable Jamie Barton. :)

Since you guys require an aria in English, you pretty much force the singers to choose a 20th century piece. To say that the coaches/accompanists don’t like to or don’t want to or aren’t prepared to play these arias is ridiculous. All the “difficult” arias you mention are very typical choices for a 20th century piece.

Also, you don’t want to hear any mature repertoire? That doesn’t encourage those of us with mature voices to bother applying to audition. YAPs seem to be more for light and lyric voices and the big voices get left out in the cold to develop on our own and then make some amazing debut at 35. Why so biased against those of us than can sing Verdi and will move into Wagner? I admit many singers go too big too soon, but when it’s appropriate, we should be welcome to sing the repertoire that best represents us.

Thanks so much! This is super helpful!!!

Hannah – Thanks so much for this comment. Your point re the English aria is well taken. I should have made it clearer that the arias listed in this post were culled from a range of audition pianists and don’t necessarily reflect the arias that we feel should be considered problematic to have on your list. For an audition at a YAP like Wolf Trap, almost all of the 20th- and 21st- century arias listed above are fair game. I just think that they are a little riskier for auditions at small houses, etc. Regarding your question about “mature” repertoire: This dynamic is changing pretty quickly. In actual fact, we are far more interested in voices who can sing bigger rep than we used to be. Many factors come into play here, but perhaps the biggest one is that artists are staying in the YAP world longer, and it makes the possibility of producing a Verdi or Puccini (I’ll leave Wagner out for now…) piece more likely than it was a decade or two ago. This topic probably needs its own post; I’ll try to get to that after the audition push is over. – Kim

Thank you for you informative response. I will be interested to read your thoughts on more mature voices in YAPs. Would you address the age limit problem? Most big voices don’t get to an audition-ready place until our late twenties/early thirties and most YAPs have a cut off for women of 28 (maybe 30). It makes it very difficult to get experience since most YAPs are doing smaller rep like Mozart and Donizetti. Even most international opera studios have an age limit of 28 for the women. The Met competition stops at 30, too. Those of us that know Verdi and Wagner are in our future are deemed to have voices that are inappropriate, unwieldy, or just too big for smaller repertoire, but what’s a girl to sing right now? I personally sing full lyric rep and am transitioning to Verdi slowly on the side, but it’s still frustrating to come up with audition choices. Of course, an age limit makes sense for lighter and more lyric singers, but it cuts the big voices off at the knees.

What’s the take on Handel’s Arias ?

In what regard? We love hearing Handel arias when they are a good fit for the instrument and technique in question.

Overall, I think the takeaway here is clear: Singing a “hard” aria doesn’t mean better/more impressive/more advanced. Far more effective to take the technique required to get through “hard” material and apply it to appropriate material in an egoless way.
Committing to the intent of the composer and librettist is the best way to show virtuosity, not singing something that makes all parties on-edge during a performance.