Greetings from the shore of Lake Michigan. 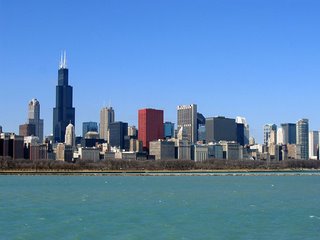 Certain arias that I’ve grown accustomed to hearing frequently in previous years are barely making an appearance this year. Some of them I don’t miss, frankly, at least not in an audition context – among them, The Trees on the Mountain (I still enjoy it, but in small doses), and Madamina (oddly difficult to make a positive impression with this in audition, possibly due to its relative length).

Some I do miss, though. We’ve only heard a single Non più mesta and two Cruda sorte’s (or would that be Crude sorti? :)

I happen to like the trend toward including Gretel’s “Wo bin ich” scene. And a new entry in the English aria sweepstakes – “I can hardly stand it when he’s away” (Stella’s aria from Streetcar). Just a little over 2 minutes, lyric.

Don’t Play Everything at Once

Some recent renditions of Una voce poco fa have demonstrated one of the cardinal rules of finding detail, arc, and depth in a scene. The most problematic performances have tried to play all of the contrasting sides of Rosina’s personality at one time, or have ricocheted somewhat arbitrarily between them. The smart performances have made an entertaining, premeditated, crystal-clear journey that illuminates the ways in which she uses her wiles to achieve her end. A good director could describe this far better than I.

In a previous post I said that singers’ printed materials are generally in better shape than they were a number of years ago, thanks to the easy availability of desktop publishing and personal computers. But we had a significant number of error-riddled résumés cross the table today, and I must urge anyone who wishes to be perceived as a professional (in any business) to take enough pride in printed materials to proof them for accuracy.

One résumé today had 11 misspellings. Names of coaches, directors, conductors, institutions, roles, operas. I can be irritatingly anal-retentive about some things, but my insistence on accuracy on this particular point isn’t neurotic. Indeed, if a company hires you to sing, they won’t ask you to edit copy. But laxity in this simple area of your professional life begs the question: How much attention to detail will you be willing and able to lavish on important aspects of your singing – languages, stylistic refinement, rhythmic vitality?

(Now don’t get cranky and start proofreading my blog for mistakes. I’m not beyond reproach, I just want you to be.)

Parody is Good for the Soul

These YouTube clips have been making the rounds this fall. If you haven’t seen Dudley Moore’s Little Miss Britten and Gangster Joe, you need to take 5 minutes out of your busy life right now and do it. 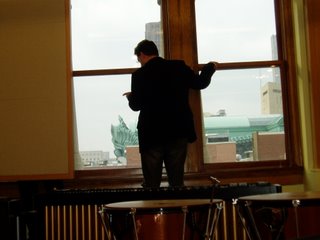 Thomas checks out the escape plans. Small margin of error in the dash to the airport tonight, and a strategy must be made for where best to find a cab!

Posting this during the last break between auditions before leaving town. Tomorrow is the first day without singing or traveling in over two weeks. Please don’t be surprised if I don’t blog. See you Monday from The Barns at Wolf Trap in beautiful Vienna, Virginia!

i am so grateful for the hilarious Dudley Moore links! today the outlook was bleak; I was feeling more than a little auditioned-out and opera’d-out, but truly, parody IS good for the soul. I laughed at “Little Miss Britten” till there were tears in my eyes. It’s good to be reminded that music IS fun! Thank you…

I am so appreciative to have your comments, both as a supporter of opera singers and a voice from the other side of the table. Your comments are insightful and guiding and this blog or travel journal is a wonderful new medium for singers to learn from. I wanted to agree with your attention to detail advice regarding resumes and other submission materials, though I wanted to point out a funny irony. There were three typos in the “Basic Information” sheet provided by WTOC at the Chicago auditions this weekend. Human error is certainly understandable, but just know that singers are also paying attention to the professional presentation of companies. Please forgive this spotlight of honesty, I only mean to demonstrate your original point.

It was only a test to see if you were paying attention. No… seriously….

Thanks for the opportunity to demonstrate a corollary. I checked the information sheet this morning and couldn’t find the typos. Then we went back and looked at the printed sheet and realized that we had duplicated and distributed an earlier draft version…

As I tell my son, intention is only part of the equation. Sometimes, follow-through can be everything. It is critical that we follow our own advice, especially if we’re going to be criticizing other!