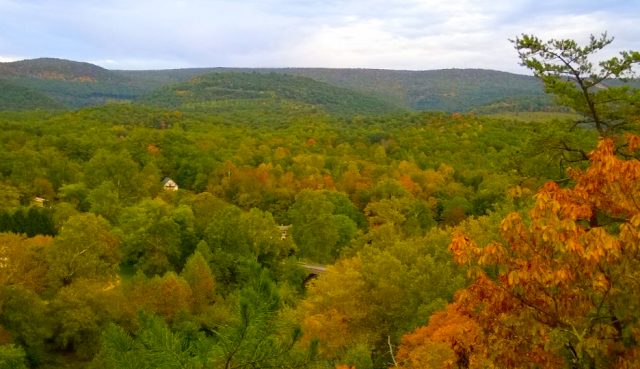 I began writing in this space 14 years ago this fall. The blogosphere wasn’t very crowded in 2004, and it took me a while to explain and justify this relatively new medium to my Wolf Trap colleagues. At that time, web sites were surprisingly static and pretty devoid of personality, and social media didn’t exist in the mainstream, so I gravitated to blogging in order to break down some walls.

Having recently left the full-time musician life (in 1997), I found the silence on this side of the audition/casting/producing table to be claustrophobic. And as someone who didn’t get my first job in opera until age 28, I frequently felt like a stranger in a very strange land. I wrote occasionally beginning with that fall’s audition tour, and the following year I logged a brief post about my motivations. I needed to create a series of bridges, and so I wrote. And wrote.

1,339 posts and 640,873 words later, I am preparing to submit the last few chapters in this particular book. I am retiring from Wolf Trap and from the opera industry in a few months.

Transitions such as this one comprise a whirlwind of emotions and frenzied activity, and the ride has only just begun. Wolf Trap has released a beautiful and slightly embarrassing press release, and I’ve been in touch personally with many of the people without whose support my career would not have been possible. As usual, over the next few months we have a season to program, artists to engage, and a summer’s worth of performances to promote. And this time, over top of all that annual activity, there’s an exciting shift in leadership.

My colleague Lee Anne Myslewski will be stepping into my job, and I cannot begin to express the excitement I feel about the future of Wolf Trap Opera under her leadership. She and her network of emerging arts leaders are beginning to transform our industry in the best way – honoring the best in our art form while identifying and amplifying new ways in which opera can speak to us in the 21st century. It’s the beginning of a new era, for opera and for Wolf Trap. I have to trust that I’ve contributed to what brought us to this place, but there are exciting new chapters out there on the horizon, and it’s time for me to step aside and allow others to write them.

I am grateful for the support and friendship of my Wolf Trap coworkers, WTO’s donors and patrons, and the web of colleagues that stretches across the globe. But everything pales next to the way in which I will miss the young artists that graced my life every summer. Hundreds of them in the last few decades. They taught me courage, optimism, grace, and empathy. And they kept me (relatively:)) young. It was the singular joy of my professional life to watch them grow into their careers, find their voices, and make their unique artistic contributions to the world.

Arts administrators often toil long past retirement age, and I offer my utmost admiration for and gratitude to those who do. I hold one of the hands-down best jobs in our industry, and it’s not easy to leave it. So why go? Phrases like “spending more time with family” and “exploring life outside of work” are too often misused as code for something else. But in this case, they are the unvarnished truth. And they are strengthened by the fact that I know my beloved WTO will thrive during and after this transition. I’m ready, Lee Anne is ready. Ready, set, go!

Over the last few years, my private life has overflowed with events both joyful and challenging. I have adult children who are two of my best friends, and they now have children of their own that I want to get to know and help to grow. After 38 years of marriage, my husband and I deserve some time together to explore life outside work. I have a parent who is ill, and I was forever changed by the too-early death of my younger brother a couple of years ago. And on the personal front, I am keen to spend more time outdoors, re-engage with music as an amateur, and renew personal connections that have been pushed aside by work. I am simply craving a transition to a new phase of life that will afford me more time and energy for the people and things I love.

Even though I have a to-do list of aspirations much longer than time will allow, I am resisting the urge to make a schedule and a checklist. Truth is, I never excelled at the Five Year Plan during my career, and there’s no reason for me to get good at it now. But I do know that I will need at least this first year to take a deep breath, and during that time I will not be considering any requests for opera-related consulting or volunteering.

I have truly appreciated my blog readership over the years, and since this vehicle was founded in pursuit of transparency, I felt that a TMI post devoted to my retirement announcement was in order. :) Thanks for reading.

For now, back to work…There’s a lot to be done!

Photo: View from our property in the hills of WV, something that I plan on seeing more often

What a beautiful message, Kim. I must confess that as happy as I am for you and excited about Lee Anne’s succession to the “throne”, I found a couple of tears on my cheeks which I had to dry before writing this comment—please never forget how proud we all are at what WTO has done during your tenure, and may your next phase of life be as happy as this last one has made all of us who cherish it. Godspeed!!!!

Wishing you a retirement filled with love, energy, excitement and good health, Kim. You have more than earned it.
Also, thank you for your devotion to WolfTra and the incredible young singers to whom you have introduced us. You have enriched our lives more than you can imagine.

Kim,
You have earned a revered place in our hearts and our recollections. You have touched more people more positively than you probably realized and graced then with your unbounded, grounded, positivity.
As you move to and embrace your next phase of life, know that you are loved

Your fan and friend,
Vic

Kim, retiremental is GREAT. Congratulations and thank you for sharing this exciting news. I’m very happy for you.

When I think of just this past season’s company, I am still in awe at the depth of talent in the entire group of singers. I thank you for the many operas that I would never have seen at larger companies. Your programming sparked a great love of Britten, Monteverdi, Handel, and still fed me with Mozart, Ground and Rossini. I loved your programming.

I was very happy to meet someone just recently who mentioned that he had attended WTO for the first time, and planned to attend regularly now. What took him so long?

Hopefully we will see you in the audience now so you can sit back and enjoy the performance without worrying about what’s happening backstage and in the pit, and in the house. . .

You have been one of the most important people in my life and career. Thank you for your leadership and shining example, and especially for believing in me and giving me so many wonderful opportunities to sing! I love you!

Well (she said, grudgingly, with a long face), I guess I have to be happy for you (I am, really), but first I have to be sad you’re leaving. I thought, like Mt. Rushmore, you’d be here forever.

I’ve been subscribing to WTOC for a very long time, and I have so admired you over the years for what–and who–you’ve put on the Barns’ stage. Year after year, the quality has been first rate, and in recent years, I think it’s gotten even better–as hard as it is to top the WTOC act. What a high, high bar you have set, Kim.

Your method of casting first and then announcing your operas–to suit the voice, not an agenda–is unique. As are you. I wish you all the best, but know that you will be very much missed. I hope we’ll at least be able to see you in the audience once in a while.

You have been simply splendid all these years. We’ve been consistently impressed with the quality of the singing ( it gets better every year. Amazing) and the creativeness of the programming choices and stagings.

Everything you have done has demonstrated an abundance of intelligence, curiosity, artistic taste and personal caring, energy & commitment. We can see why you might be a little tired!

Many successful people in different fields wait until well past their prime to retire. You are still in your prime! So, Brava!!

There is no doubt that Lee Ann has the ability to step into your shoes (stilettos now? ) and lead WTO to new areas of excellence.

Heart-felt thanks for all you have done. Brava!!, again.

Funny, I retired three years ago and started writing an opera blog, OperaGene. I can tell you that it is hard to beat doing what you want to do exactly when you want to do it. So, have a ball at whatever comes next for you. And thanks so much for making opera fun and me a huge fan of Wolf Trap Opera!

Well, well. I couldn’t be happier for you and for Lee Anne. I’m honored to have in a small way been there at the beginning, and this feels very right. Best to you and yours always.

Congratulations Kim! You are a role model to so many women in the industry, me included! Brava and thanks for the gift of Lee Anne!!! (Congrats Lee Anne!)

All the best. You have achieved so much and helped so many artists. Wolf Trap Opera presentations are always a highlight of the year. It’s good to take an initial year to reflect before deciding your new priorities. Even in retirement I find that there is more to do than time to do it in.