Today’s post is for those of you who are fans of the Aria Frequency Lists, my annual autumn accounting of the popularity of various audition arias. Our audition application website captures singers’ arias lists (or “packages”) in a way that allows us to churn out this data every year. (For those of you who wonder why we don’t use Yap Tracker: this is one of the reasons.)

Curl up with some hot chocolate. This will take a while.

Lists on the left of the graphics reflect the frequency with which singers included arias in their 4-aria “package.” Lists on the right show how often certain arias were offered as first choices in the audition room. 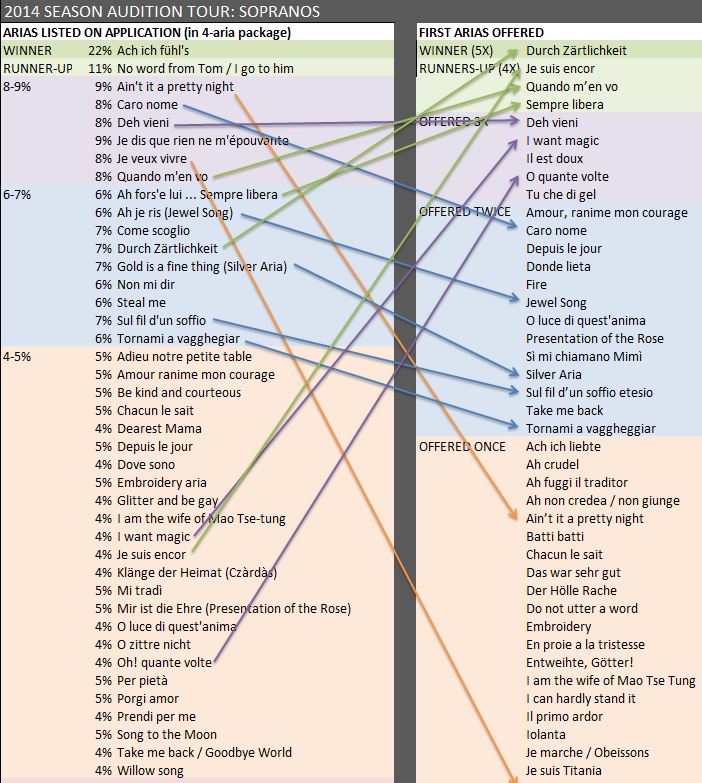 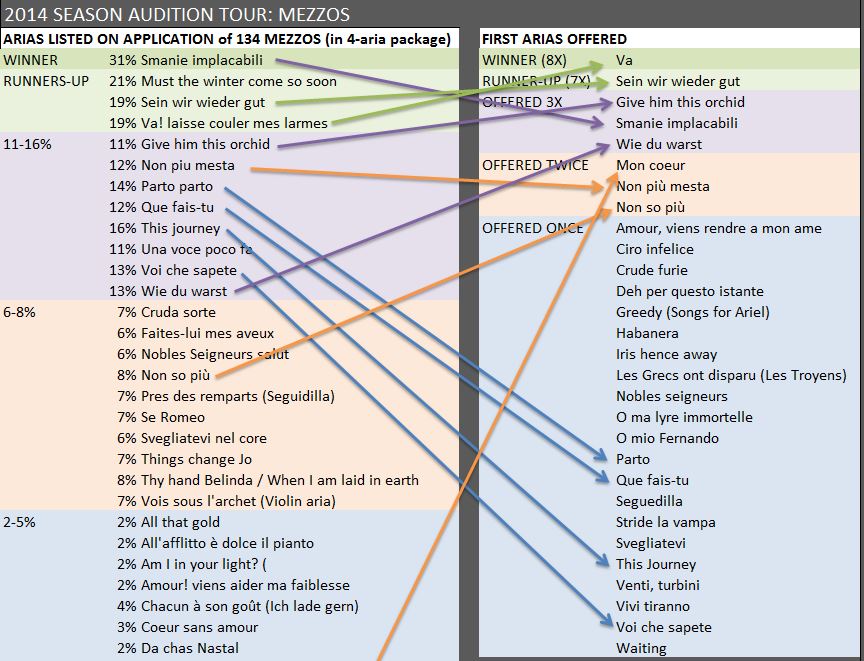 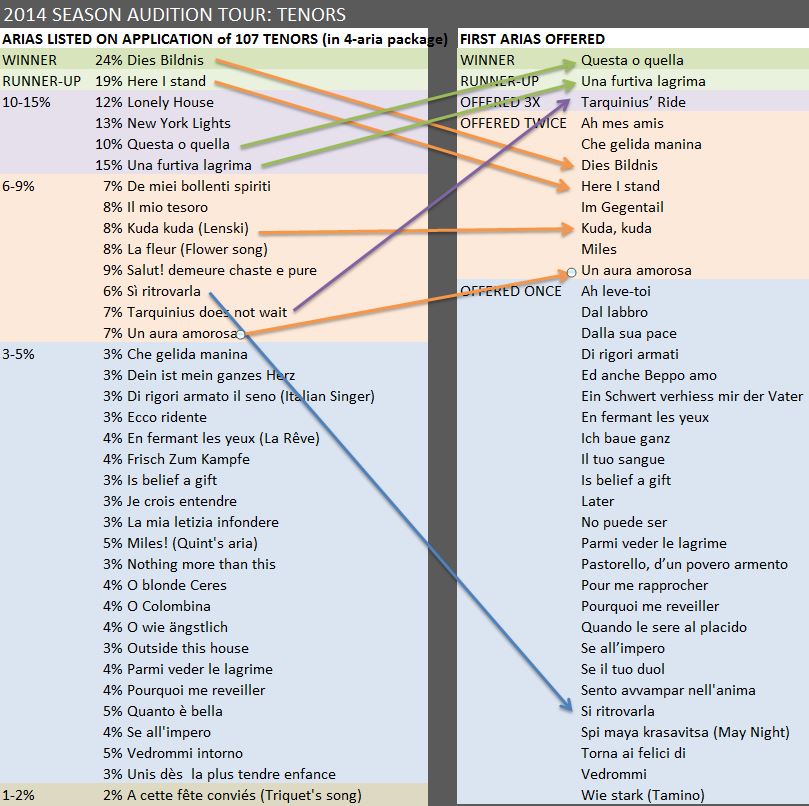 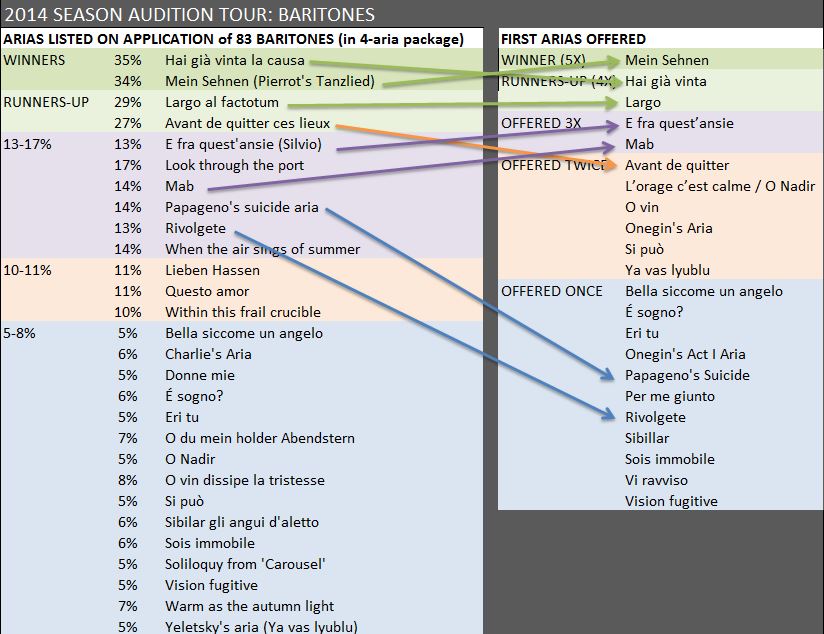 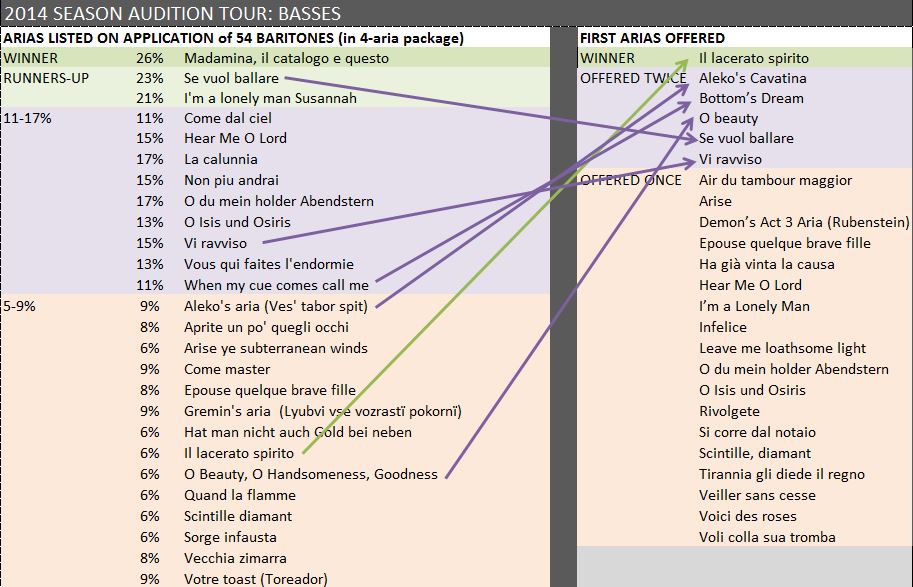 Although in some ways, a month-long audition tour can feel like the Groundhog Day movie, there is far more variety than you might think. Yes, there is repetition, most of it necessary. But this fall we heard 326 different arias from our Filene Young Artist applicants. That’s astonishing. Music from four centuries, in seven languages, from hundreds of singers. Comedy, tragedy, beauty, drama. If you’re one of the people who make the music, thank you. If you’re back at Wolf Trap waiting for the fruits of our audition labors, never fear. This was a beautifully strong showing, and we’re culling a fascinating season from a handful of the best singers we heard. Details coming in 2014.

What opera is “Va” from?

Any arias by Johann A. Hasse? He seems to be getting more popular (at least with countertenors).

That’s “Va, laiise couler mes larmes” from Massenet’s WERTHER. Nothing by Hasse showing up yet!