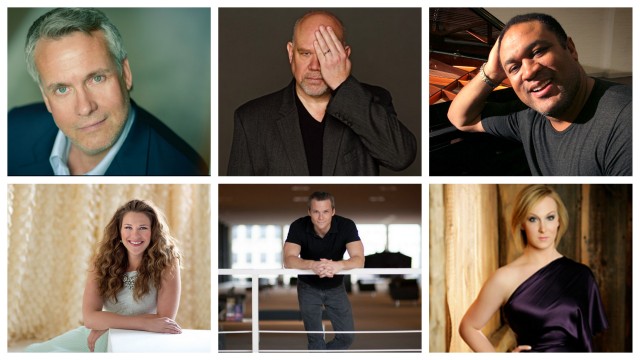 The first time I heard “#allthefeels”, I laughed and dismissed it as another silly meme. But it’s a surprisingly useful way to describe things like my experience at WNO’s Rhinegold dress rehearsal last night at the Kennedy Center.

Now, I don’t review any performance (let alone dress rehearsals…) on this platform, so you can stop reading now if that’s what you’re looking for. I’m just hopping back on the blog this morning to share the sense of gratitude, beauty, nostalgia, surprise, admiration (you know… #allthefeels…) that flooded me as I sat in the house last night.

6 Trappers formed almost half of the Rhinegold cast, and seeing two generations of colleagues do such terrific work was a beautiful thing. Back in the day, Peter Russell tapped Gordon Hawkins, Alan Held and Bill Burden to be on the WTO roster, and I was fortunate enough to be a coach and rehearsal pianist for their shows. Watching those three gents inhabit the characters and music in the Alberich/Wotan/Loge scenes was a lesson in professionalism.

A big bravo and heartfelt thank you to WNO for this huge and important undertaking. If the electricity and energy in the Opera House last night is any indication of what’s going to wash over the Kennedy Center in the next 4 weeks, opera lovers are in for a wonderful ride. Hojotoho!

(P.S. ‘Cesca says they are almost sold out. Get out there and buy one of those remaining tickets if you can!)

can’t wait to see it.