A surprise awaited me in the archaeological dig of Wolf Trap Opera Company 1979.  I had no idea that the WTOC ever did Schicchi and I had never included it on the company’s repertoire list. But here ’tis, in a production in the Wolf Trap Opera Grove (!)  in 1979.

The other one-act offered as part of this series was Offenbach’s Fortunio’s Song (Le chanson de Fortunio).

The Wolf Trap Opera Grove (way cool, yes?) seems to have been located in a grassy area of Wolf Trap Farm Park, and these performances were scheduled to start at 5:30, 6:00 and 6:30 pm on different evenings – probably as pre-performance picnic entertainments before evening concerts at the Filene Center. A small stage was built for the performances, and it was (according to the scraps of paper in our files) a bit of a contentious topic with Park Service personnel. (Seems that the opera folks thought it was temporary, but it looked a bit too permanent for the Park’s comfort:)) 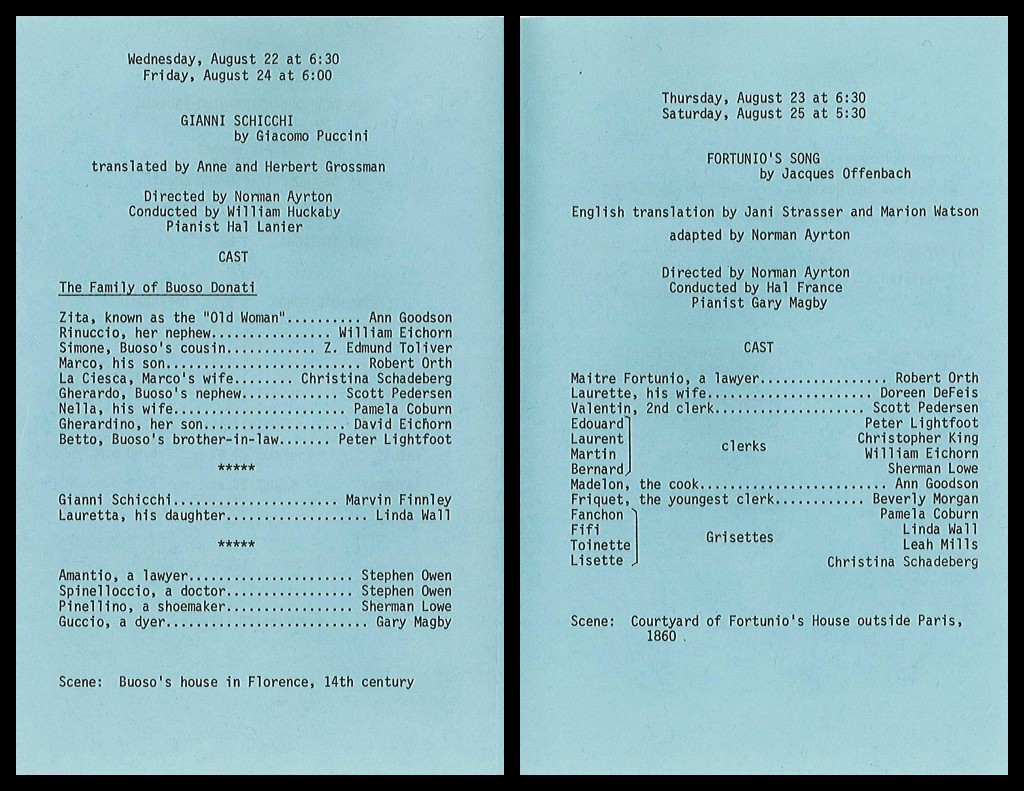