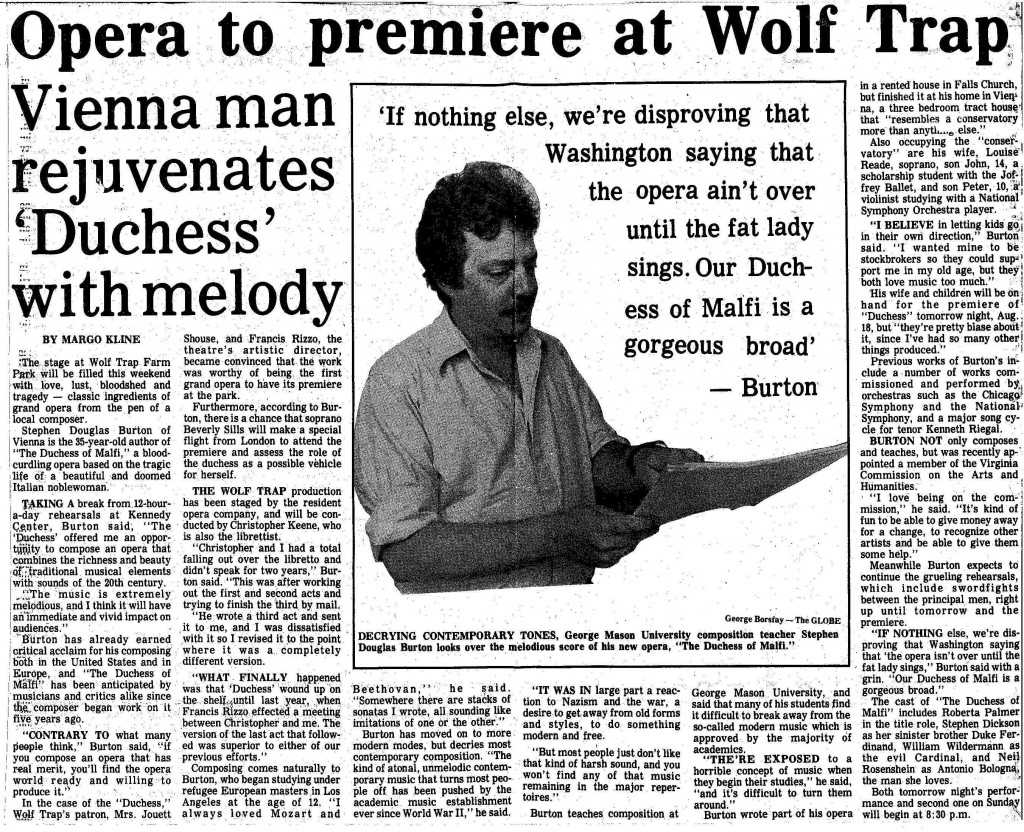 As we get ready for this spring’s premiere of The Inspector, it’s fascinating to look back at Wolf Trap’s first opera premiere – at the Filene Center in 1978.

The file on this show is about three inches thick, largely with press clippings.  It was quite the story, both onstage and off. It seems that composer Stephen Douglas Burton and librettist Christopher Keene began working on this project in 1973, while Maestro Keene was conducting Pasquale here at Wolf Trap. Work continued over the next few years, but due to travel and engagements that interfered with the collaboration, composer and librettist ended up forming dramatically different opinions about how the opera should end. (The source Elizabethan play was based on an actual event in 16th-century Italy, and the title character dies before the final act.) They came to blows (I believe there was lawsuits threatened…), and the project stalled. 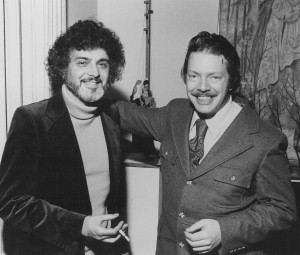 It was Wolf Trap’s artistic administrator, Francis (Frank) Rizzo (at left, on the left, with composer Burton) who saved the day. He brokered the composer/librettist relationship and got things moving again, and the Wolf Trap premiere was scheduled for August 1978. (Next time I talk to Frank, I think I shall try to get the whole story out of him!)

This wasn’t to be the last hurdle, though; another opera on the very same obscure historical subject was being written at the same time and was premiered the same month at Santa Fe Opera. No matter, for the Wolf Trap premiere seems to have been a wonderful and exciting event;  Opera News noted that the audience was “large and enthusiastic”, and called The Duchess of Malfi ” a dramatically gripping, eminently listenable and deserving grand opera..” 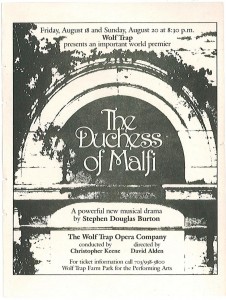