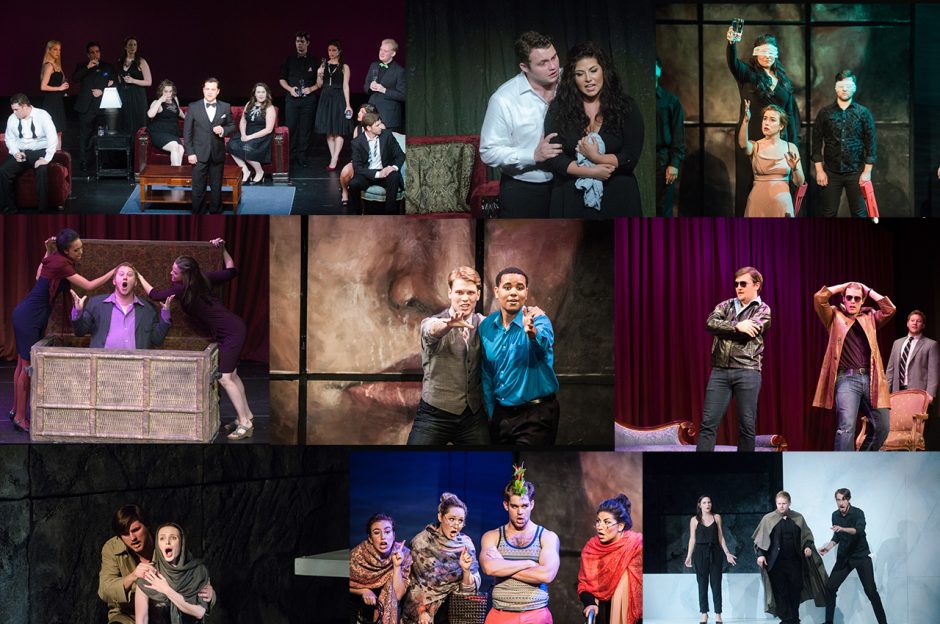 In the fall of 2006, Artistic Fellow (and WTO alumnus) Joshua Winograde proposed an idea to expand the training and educational opportunities offered by Wolf Trap Opera. The program would consist of 12-16 singers who were in the process of earning degrees in opera performance, and it would provide them important career development opportunities that would assist in their transition from student to young professional.  The Wolf Trap Opera Studio’s inaugural season was 2007, and its artists made their debuts at The Barns in Volpone and L’étoile.

Over the past ten years, the Studio has grown into a coveted training program for students who are finishing their formal education.  Since its inception, over a hundred young singers have benefitted from performance-oriented traning,  guest faculty expertise, individual mentoring, and seminars that demystify this cloaked, unique profession.

“Whenever I have to recommend a program to a younger singer, I always, always recommend the Wolf Trap Studio. I am constantly using lessons that I learned at Wolf Trap.”  – Aleksandra Romano (WNO Domingo-Cafritz Young Artist)

Alumni of the Studio are now performing all across the country, on main stages and in “big house” artist training programs including those at the Metropolitan Opera, Los Angeles Opera , Houston Grand Opera, San Francisco Opera, Lyric Opera of Chicago, Pittsburgh Opera, and Washington National Opera.  Others  have transitioned to engagements abroad in Amsterdam, Geneva, Lisbon, Munich, Dresden and beyond.

“Spending the summer at Wolf Trap, was like an intense but fun opera boot camp for me and allowed me to perform, study, and coach with some of the best musical minds in the business. “ – Dustin Lucas (Metropolitan Opera Ensemble)

Alumni like tenor Paul Hopper have segued into important related work in the arts industry. Paul is now the Dramaturg for Houston Grand Opera, where he delivers audience lectures, creates supertitles, and oversees the development of new operas.  Baritone Tim Campbell is still singing in the greater Los Angeles area, but is perhaps more well-known as an award-winning audiobook narrator.  And countertenor Chris Newcomer has performed on Broadway and around the world on tour with CHICAGO the Musical.

“That summer set up a track of success in this career. I learned to overcome, to work hard, and to sing better, and I finally got a sense of what this whole opera thing was about!” – Amy Owens (Filene Young Artist ’15, ’16)

The Studio’s 10th Anniversary season will include a staged opera scenes performance (July 8), world premiere of a new children’s opera  (Listen, Wilhelmina!), a pops concert with the National Orchestral Institute (June 3) and appearances in supporting roles across WTO’s performance calendar. Join us in celebrating the work of these talented young singers and the important contribution the Studio makes to the opera world.

“I remember my time in the studio program as a collection of transformative experiences with some of the most committed, helpful, and skilled professionals I’ve ever met.” – Ian Koziara (Metropolitan Opera Lindemann Young Artist)