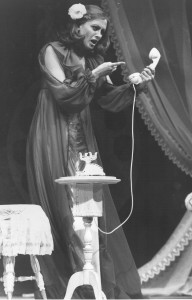 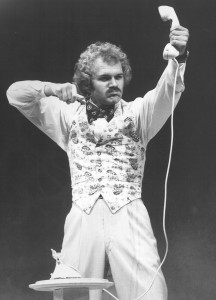 Gian Carlo Menotti was a palpable presence in the Washington DC opera scene in the 1970’s and 80’s.  The Wolf Trap Company had previously produced his Saint of Bleecker Street (1973), and his Medium/Telephone double bill made its way to the Madeira School venue in 1977.  The Washington Opera produced the double bill twice in the 80’s, and it also mounted the DC premiere of The Consul.

The Telephone and The Medium were ideal vehicles for the young artists of the WTOC. John Moriarty continued his association with the Company and conducted these two operas, which were directed by Lou Galterio and performed at the Madeira School. 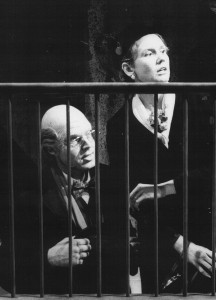