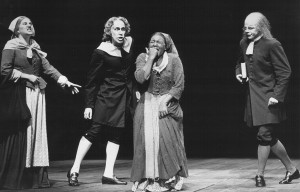 The August 1975 performances of Robert Ward’s The Crucible at the Filene Center didn’t rely as heavily on the presence of guest stars as did the summer’s two previous productions (Kismet and Roberto Devereux).  Four roles were taken by visiting professional artists (with asterisk below), but this production was largely driven by members of the Company. 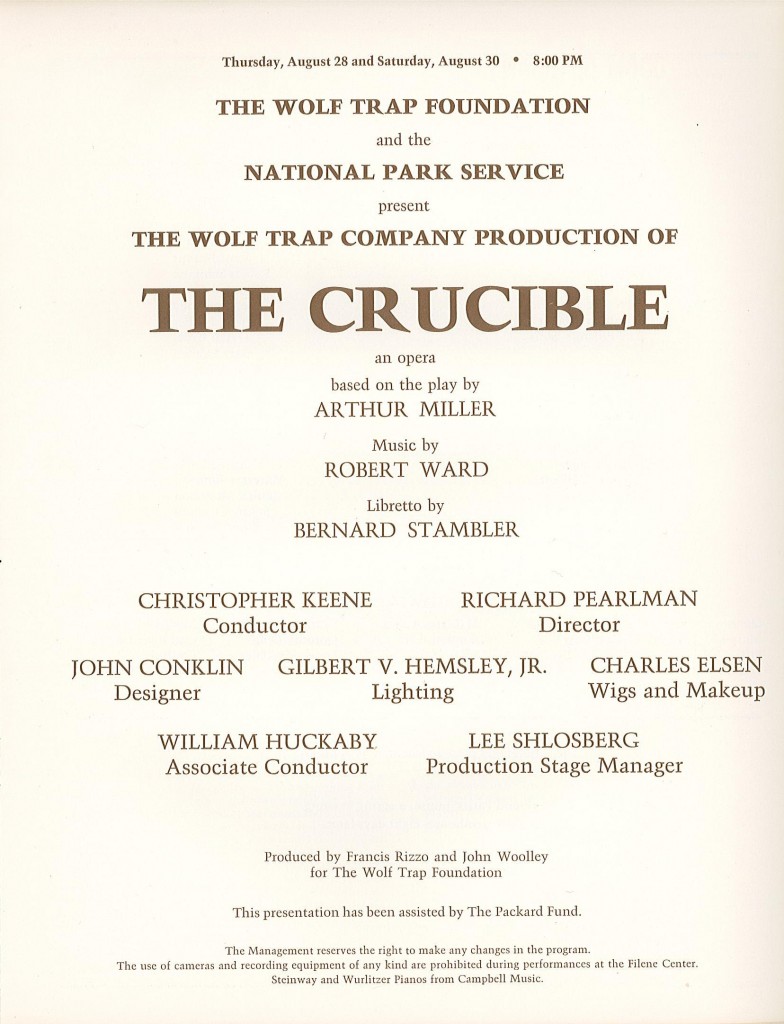 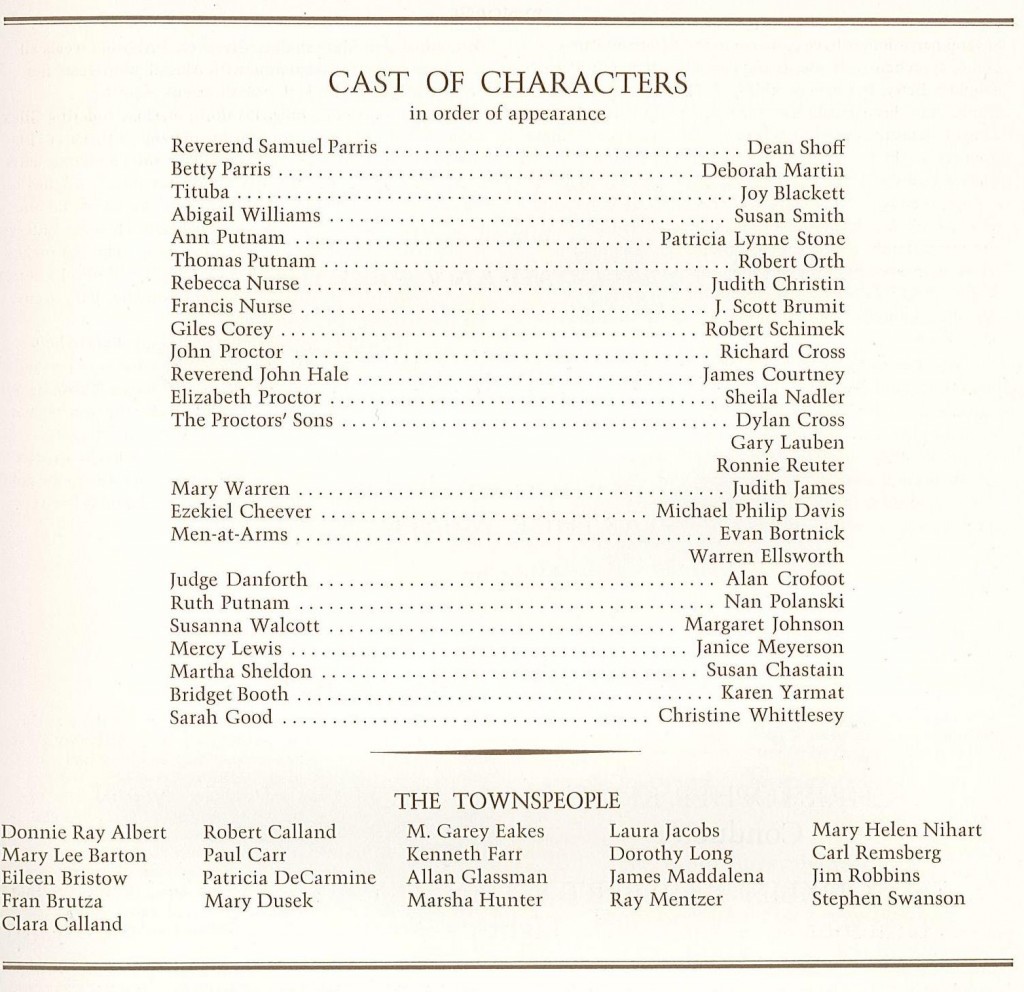