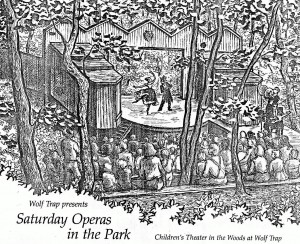 It must’ve been a crazy summer. From big star appearances in Falstaff (Donald Gramm) and Fledermaus (Anna Moffo) to the unthinkable challenge presented by Sarah Caldwell’s Der Vampyr – I’m sure a good time was had by all.

In addition, the young artists made what I believe was their first foray in the woods over at Wolf Trap National (then “Farm”) Park. In the Saturday Operas in the Park series, they mounted productions of Hansel and Gretel and Weill’s Down in the Valley – bare bones, but with a small orchestra and enough sets and costumes to warrant legit design credit in the playbill. 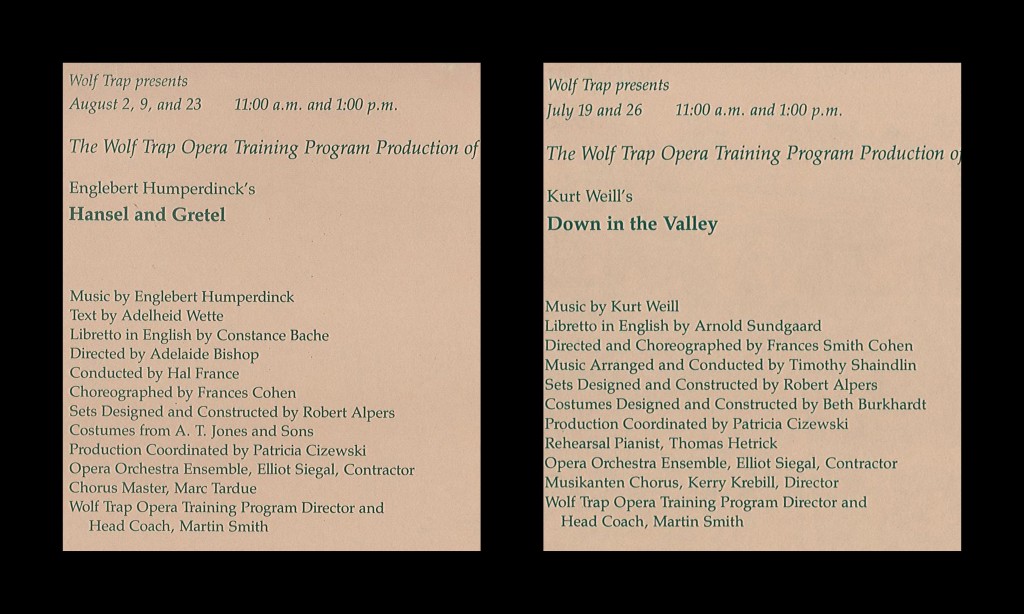 Young Artists of the 1980 WTOTP