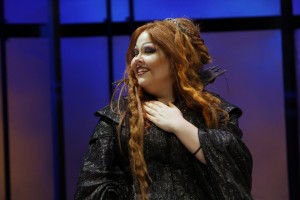 Exciting news reached us this afternoon: WTOC alumna Jamie Barton (2009) has just won the 2013 Cardiff Singer of the World Competition! She also took home the Song Prize and appeared to win the hearts of everyone (including the BBC Orchestra, who surprised her with a rendition of the theme from Doctor Who during her rehearsal… they heard Jamie was a fan:))

If you were at a performance of Monteverdi’s Return of Ulysses at The Barns in 2009, you would’ve had the privilege of seeing her as a Wolf Trap Filene Young Artist. Today, Wolf Trap: tomorrow, the world!