We’re furiously working out the details of our open-ended approach to Zaide.  We will offer anywhere from two to four possible endings, and the details will emerge during our rehearsal period.  The desire to lock in the details now is tempting, but to do so would be to fly in the face of the whole motivation for this approach.

Mozart didn’t finish the opera, and we want to include the audience in one of the decision-making process inherent in producing Zaide.  So, as the team and the artists explore this piece in rehearsal (starting May 17), they’ll decide which options for ending the performance feel solid and organic.  We’ll figure out how to describe the options to the audience, and they will make their preferences known at intermission. How?  Well, that’s part of the fun of it.

Meanwhile, we know a bit more about what the opera will look like than how it will end. Here’s a look at a few Zaide costume sketches from designer Mattie Ullrich, who created the fabulous clothes for our Ariadne auf Naxos (2008) and Cosi fan tutte (2009).

Next week I’ll be pretty much consumed by our workshop for Musto/Campbell’s The Inspector – I’ll file a few reports from the exciting frontier of 21st-century comic opera! 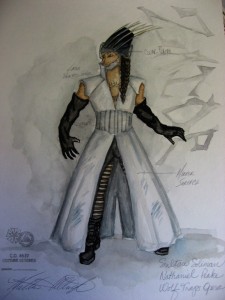 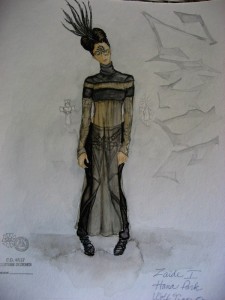 Zaide, a prisoner, in love with Gomatz 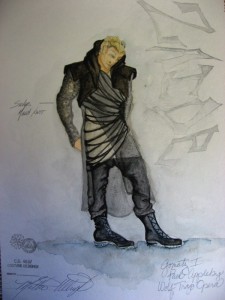 Gomatz, a prisoner
in love with Zaide 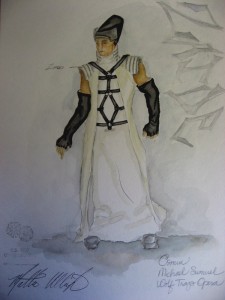 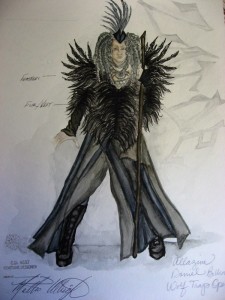