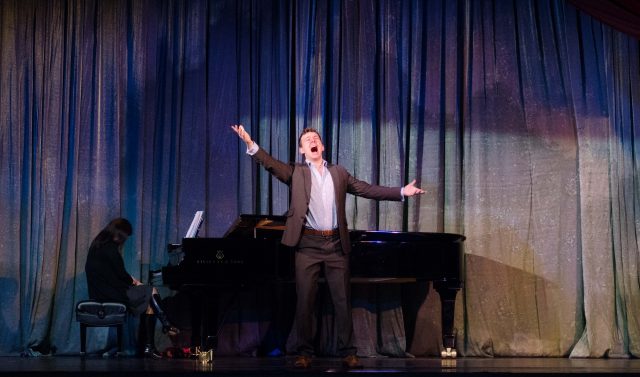 The singing is over, and the work has begun.

The Marathon: Audition Tour By the Numbers

The short list is down to 7 operas. There are 43 singers still under consideration for anywhere from 19-28 roles spanning 13 different vocal categories. The result will look something like 18 singers in 24 roles in 3 operas over 12 weeks. And of course, these aren’t just numbers, they’re terrifically talented people. And that makes it easier and harder at the same time.

We’ll start with the roles we feel are outliers from a technical standpoint; those that are particularly challenging or specific to a rare voice type. After we vet those roles with the likely candidates, we will likely lose one or more of the 7 operas under consideration. Then we move into checking with singers in more common voice types, to see which combination of operas/roles allows us to include most of the artists in whom we are particularly interested this year. That’ll shake loose another piece or two, and then we’ll be left with the 3 we need. Many hard decisions along the way!

A Role for Wolfie?

Our final days of auditions in Vienna this week brought us a surprise audition. We normally don’t allow crashers, but somehow this guy got on the stage.

I got a few minutes of Opera Talk Radio fame this week, on Chicago’s WNUR 89.3 FM. (Go Cubs!) Check it out at http://www.operaboxscore.com/archives/ – it’s Show #45, and my segment’s around 23 minutes in.

This weekend I’m headed to the Richard Tucker Foundation’s 2016 Gala to hear WTO alums and Richard Tucker Award winners Tamara Wilson, Jamie Barton, and Lawrence Brownlee. You can catch it live on medici.tv at http://www.medici.tv/#!/richard-tucker-opera-gala!

Above: Alasdair Kent, enjoying his Barns audition a little too much. And rockstar pianist Justina Lee, hiding from the whole thing.