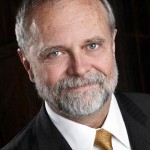 For a very short period of time before the outbreak of WWI the operas of Wolf-Ferrari were among the most popular and most performed in the world, championed by Verdi and Boito; the Metropolitan Opera premiere of Le donne curiose was conducted by Toscanini with an all star cast, including the wildly popular Geraldine Farrar.  Wolf-Ferrari was an unashamed classicist and melodist who proudly carried on the opera buffa tradition, particularly as exemplified by Mozart. Le donne also has all the verve, natural comedy and sophistication of its’ progenitor Verdi’s Falstaff, with its virtuosic ensembles, brilliant orchestration and beautiful love music.

The child of a German father and an Italian mother, Wolf-Ferrari combined a Germanic foundation in counterpoint and composition with flowing  Italianate melody; a brilliant and thorough technician, when asked to write a four-part fugue for his graduation exam, he astounded the committee with an eight-part fugue with a second theme by his composition teacher Joseph Rheinberger. Devastated by WWI as he witnessed his two beloved homelands locked in mortal combat, there followed an almost decade long drought of composition and inspiration, eventually broken by the successful but melancholic opera Sly; but he was never able to recover the youthful freshness of his earlier comedies.

He stated his credo best himself: ‘When I see how many people lose the possibility to be happy because of their hard life, I have to consider music as a kind of balm for this wound, as a relief for the unhappy or for those who cannot create joy themselves.’  Savor the balm of this brilliant rediscovered joyful gem.