Municipal Mayoral Day, the next morning. The Mayor and Sarelda are both now convinced that Tancredi will offer the Mayor an important post in the new regime. But, just to secure the deal, they ask Beatrice to “be friendly” to Tancredi, a notion that inexplicably offends their daughter. 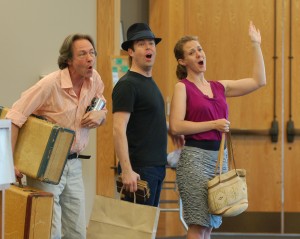 As the Mayor and Sarelda prepare for their last Municipal Mayoral Day, Beatrice overhears Tancredi and Cosimo making plans to run away. She threatens to expose Tancredi unless he tells her the truth about his identity. Tancredi reveals that he and Cosimo are indeed fleeing the new regime in Rome for being political dissidents—and that they were bound for Palermo to board a boat that would take them to America.

Beatrice asks him to take her with them, but Tancredi refuses; then through a magical “hat-trick”, Beatrice tells her parents that Tancredi has proposed marriage and that she and Tancredi must leave for Rome that very moment to get his father’s permission. 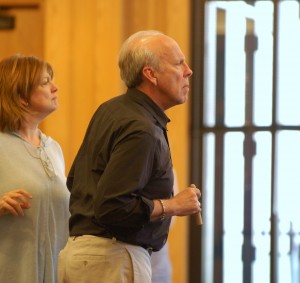 The Mayor and Sarelda are euphoric, believing it will secure their place in the new regime, and gladly offer their car to take them there. Before they drive away, however, Tancredi ask that Bobahinoa and Bobachino mail a letter he has written to his mother.