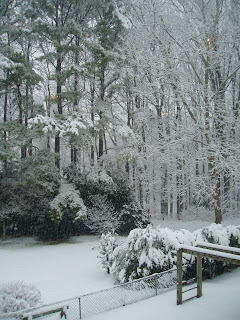 I know it didn’t look much like summer here in Virginia this week, but this too shall pass. To conjure up some heat, here, finally, is information on our 2007 season! More details will be found at www.wolftrap.org/opera in a couple of days.

Volpone
Unfaithfully based on the comedy by Ben Jonson

Wolf Trap commissioned Volpone in 2001, and John Musto and Mark Campbell hit a home run with the premiere in March 2004. Since then we’ve been asked many times about bringing it back, and we’re happy that this year’s audition tour netted us a great cast. Because the premiere performances were outside of our normal summer season, and because it sold out, many folks missed Volpone at its premiere. Don’t miss it this time – tickets go on sale next Friday, March 9.

The critics had a good time, too. Here’s the propaganda:

John and Mark believe that comedy is in short supply in today’s new opera climate. They’ve set about correcting that imbalance, and you’ll be so glad they did.

It’s difficult to be silly and elegant at the same time, but this French operetta manages it. I became acquainted with L’Étoile when I saw the production Glimmerglass Opera and New York City Opera shared in 2001. It immediately went on our “short list” of pieces to consider for Wolf Trap when the casting was right. And this year, it certainly is.

Steve comes back for his 14th consecutive summer. He’s a brilliant colleague, a musical inspiration, and an important mentor for an entire generation of Wolf Trappers. 2007 brings us a Tale of Two Cities:

Flute is back, after an unprecedented 8-year absence from the Filene Center stage! It’s a great piece for us, for so many reasons, and even I am finding myself looking forward to this, my 9th production. Flute is magical when the sun sets over the hill, and it’s possibly the perfect opera for our roster of young artists.

An entire generation of singers began their careers with Flute. Nathan Gunn, the Papageno for this season’s Metropolitan Opera production, first bounded onto the stage as the feathered birdcatcher in 1994 at the Filene Center. Dawn Upshaw sang her first Pamina at Wolf Trap in 1985. Mary Dunleavy launched her young career as the Queen of the Night here in 1994, in the same production that featured Eric Owens (of recent Grendel fame at Los Angeles Opera) as Sarastro.

Carmen
in concert
The Filene Center
Thursday, June 28 at 8:15 pm

Alums Denyce Graves and Simon O’Neill return to the Trap to sing Carmen and Jose. Members of our 2007 Filene Young Artist roster fill out the rest of the cast. The brilliant Stephen Lord conducts the National Symphony Orchestra. It doesn’t get much better than this.

Opera by “Mad Libs!” Improv opera for kids and their parents.
Last year’s masterpieces included Sponge Bob Steals the Princess, Trouble in Disneyworld, and The Penguin and the Troll. If I weren’t in the cast myself, I wouldn’t believe that this could be done.

As in… “Once upon a time in a castle, a bat and a princess ate green eggs and ham every day until SpongeBob Square Pants came along to steal the princess!”

We sing and play furiously for the next 10-15 minutes, alternating improvised recitative with snippets of standard arias.

That’s it for now! Next week, an update on the Wolf Trap Opera Studio.