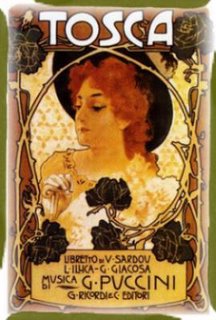 I was more than a little fried when posting last night, and I should’ve known better than to try to discuss the complicated relationship between our young artist company and Wolf Trap’s amphitheatre. It’s a thorny issue even for a clear mind.

So, if operas like Aida, Tosca and Madama Butterfly sell lots of tickets, why not embrace them? Why not perform them in our 6,000-seat theatre? Within our industry, it’s widely (but not universally) believed that developing voices should not sing a lot of grand opera. The thing is, it’s astonishingly difficult to explain exactly why.

A savvy voice teacher would probably describe this more scientifically and accurately, but the result would likely be pretty arcane. If you’re maddened by the generalities I’m about to spew forth, then just skip this section.

I was determined to find a sports metaphor for this phenomenon. After all, the limitations here are largely physiological. It’s not as if young singers lack the musical or interpretive chops to tackle Puccini. (Rather, Puccini gives up his secrets more easily than Mozart… If this were an intellectual or artistic issue, Puccini would be one of the first places we’d send newbies.) No, it’s a question of readiness and suitability of the instrument: the vocal cords, the support mechanism, the entire singing body. But athletics is a young person’s domain. Ball players are washed up by their 40’s. But operatic basses and dramatic sopranos don’t hit their stride until their mid-30’s. 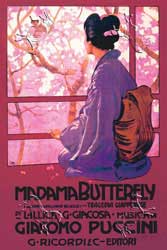 What’s the worst that could happen if we turned a 25-year-old singer loose on Madame Butterfly? Well, the world would still turn. Perhaps she would crash and burn, maybe there would be lasting damage to the voice. Or maybe the chops would be strong enough to sustain it for a while.

An important digression: It hasn’t always been thus. Licia Albanese debuted as Butterfly at age 22. Callas made her professional debut as Tosca at 18. But two important things (at least) have changed. First: Early- and mid-20th century singers were studying with teachers and coaches daily, for many hours, to the exclusion of most other activities. No liberal arts undergraduate degrees for them. Second: They were generally not staring down a career of jet-setting to a series of huge theatres across the world. Many venues (particularly in Europe) were (and are) more hospitable to the voice. And while travel was certainly arduous, the pace of a career was more humane.

Do our singers fritter away valuable years getting multiple degrees and attending class? I’m almost afraid to answer. For the record, I believe the answer is no, but there are plenty who disagree. Do our singers suffer from a paucity of targeted, sustained technical study? You bet. One voice lesson a week for two semesters (if you’re lucky) is hardly a recipe for efficient training of an entire musculature. Imagine a professional gymnast who only sees his coach 25-30 times a year.

But just why is grand opera such a threat to a developing voice? Part of the answer lies in the size of the orchestra. It takes a lot of well-placed decibels and overtone frequencies to be heard over a 75+-piece orchestra. Another component is the emotionally gut-wrenching nature of the material. It’s easy to get sucked up in the hyper-dramatic stories and viscerally emotional music. It takes a strong foundation to put your voice at the service of such potent stuff without having it eat you alive. And finally, there’s a question of stamina. A huge outpouring of physical energy for a fairly long time.

Those of us who have the opportunity to work with singers who are primed to begin singing professionally have the obligation not to abuse the privilege. Could I make a bet that Emerging-Dramatic-Soprano would get through an Aida? Would the odds be good that Young-Lyric-Tenor could throw himself at Cavaradossi and live to tell the tale? Probably. Would it be in the performers’ best interest to do so? Decidedly not.

So, what should these 20-somethings sing? Mozart? It’s a topic for tomorrow. Or the next day, depending on how things run at the office.

The Small World of Blogging

Later this winter, when there’s more time*, I’ll make a short list of the blogs I read. But tonight I must mention Greg Sandow’s writing, hosted on Arts Journal. He’s posting installments of his new book on the “classical music crisis”, and this week he referenced Julian Johnson’s book Who Needs Classical Music – one of the best things I have ever read on this topic. It’s becoming a huge soapbox of mine. If you end up sticking with us all the way into January, I’m sure you’ll be subjected to some ranting on this topic. But don’t assume that you can guess what direction said ranting will take.

*I always believe there’s going to be time for critical reflection in January or February. There never is. But it doesn’t stop me from believing.

Oh yes, and we’re still working on operas and casts for next summer. The process will be ongoing for a couple of weeks, but I’m in one of those black-out periods where I can’t be too specific in a public forum. Information will be forthcoming soon enough. And I still have audition fodder to post. Next week.

Today was spent with a huge spreadsheet that sketches out a possible schedule scenario for 3 operas, a concert, 2 recitals, and a week of children’s performances over a 14-week period. It’s tedious, but critical. A few mistakes at this stage can result in lots of frayed tempers in July.

All this talk about grand opera has Cake’s “Opera Singer” playing in my head. Thanks to Peter Z. for allowing this song to take up the remaining scarce real estate in my brain. 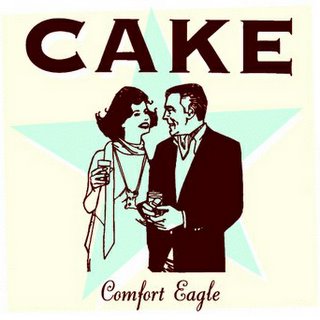 And where to throw my cape