A Wolf Trap Opera summer seems to fly by at the speed of light, and in just 10-12 weeks, there’s little time to burn. But in the middle of the swirl of early July, three of our singers (Kiri, Andrea and Speedo) and I spent two afternoons at Walter Reed National Military Medical Center in Bethesda, Maryland doing some important and unusual work.

A few years ago, our Studio Artists began working with the art therapy program at Children’s National Medical Center, crafting concerts inspired by the drawings and paintings the children created. I’ve been wanting to create a similar opportunity for our Filene Young Artists to be involved in the larger community, and a few weeks ago, we were able to act on it.

The Stages of Healing program at Walter Reed was developed to promote a sense of community among patients, families and staff. We brought a noontime concert of light classics and popular Broadway and movie tunes to the atrium area of the America Building, and afterward we offered a few songs to some of the out-patient treatment areas.

It was a small gesture, but the four of us were privileged to be able to share some live music with folks whose days were more stressful than I can imagine. As a former music therapist, I believe firmly in the healing power of the arts; although our participation in this project was transitory, it moved us greatly to have a chance to temporarily ease a few people’s burdens through song. 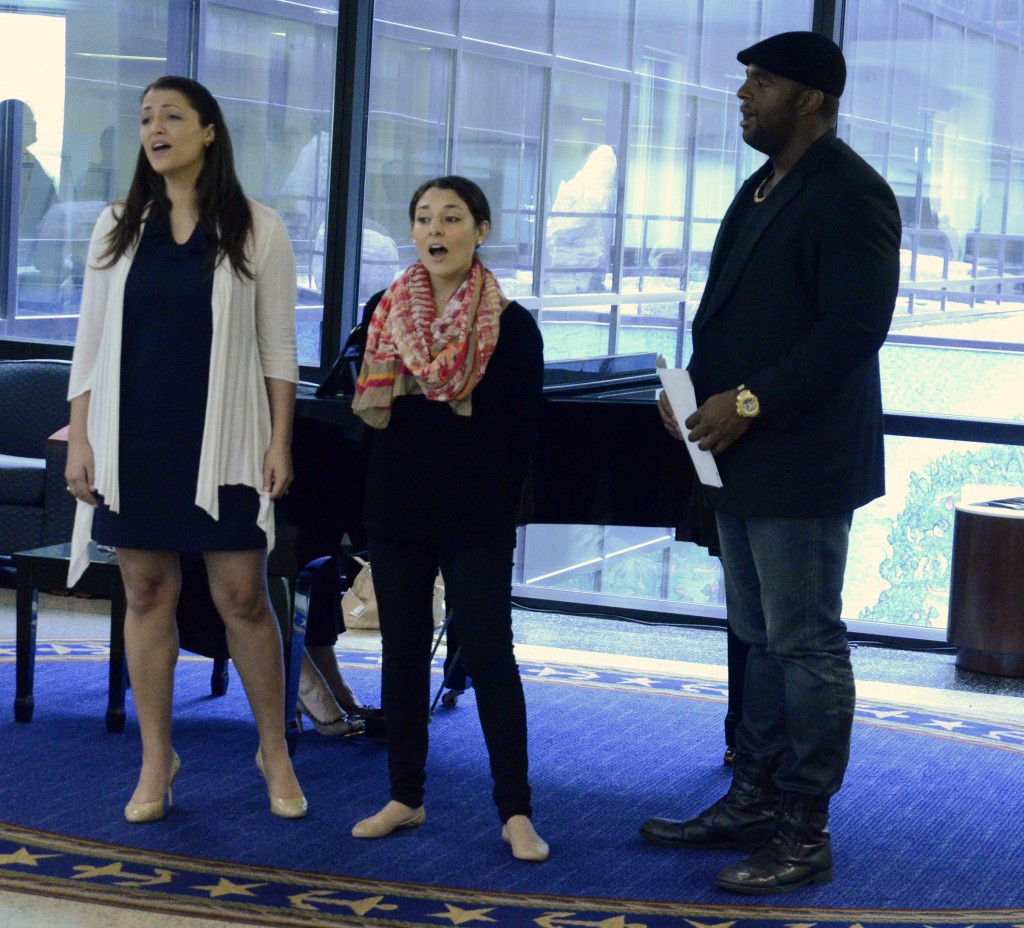