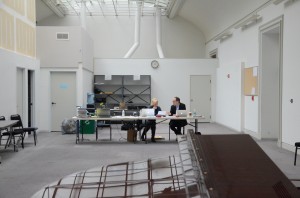 One of the great joys of being out and about on the audition tour is getting to hear opera at houses around the country. This west coast trip aligned with the dress rehearsal of Fidelio at Seattle Opera and tonight’s performance of Moby-Dick at San Francisco Opera. It’s all well and good to hear thousands of young artist auditions, but it’s also critical to remember what the ultimate goal looks and sounds like.

If I have time on tomorrow’s flight, I’ll churn out the much-awaited statistics on the arias this year’s singers are offering. For previous years’ data, start here.

San Francisco also will be remembered as the site of the fall 2012 lost-phone saga of 2012. On approach to the SFO airport on Thursday, my phone fell out of my pocket onto the floor; when I went looking for it after landing, it had vanished. Flight attendants helped, cleaning crew scratched their heads, but it was nowhere to be found. A day later, it was turned in at the Oklahoma City airport. Seems that during landing, it slid forward on the floor of the plane and into the purse of a lady seated somewhere forward of me. She picked up her purse, deplaned, went home to Oklahoma, and opened up her bag to find a well-worn iPhone 3. I have no idea who she is, but I thank her here publicly for taking the time to go back to the airport and turn it in. United tracked me down, and when I get back to the east coast, my silly but now indispensable device and I will be reunited. (It’s hard to travel without it now… Email, alarms, maps, texts, calls… ridiculous how dependent I am…)

See you next week from New York! 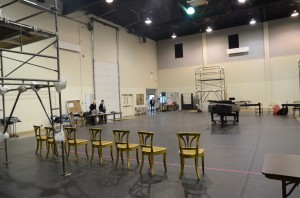