The vacation was pretty much a bust. Five days with the flu. And a chunk of time dealing with some deadlines that weren’t met before I left the office. (Yes, what part of “a lack of planning on your part doesn’t constitute an emergency on my part” is so hard to understand?) Grrrr.

Surprised to see myself quoted in last Sunday’s Washington Post in an article about arts organizations using podcasts and the like to reach out to a new demographic. Can’t say we’re ever unhappy to see ourselves in print, but it was jarring. 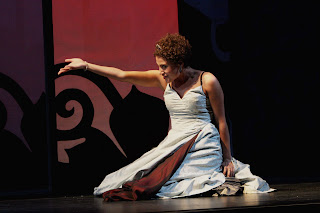 The podcasts were new in 2006 (I did 3 of them – see sidebar), and although the intention was a good one and the feedback has been tremendously positive, they felt ill-prepared and not as thoughtful as I would’ve liked. (That’s what happens when you squeeze yet another thing into days that are already bursting at the seams.) The approach is casual and irreverent – which, in context can be perfectly disarming. But out of context…. well, let’s say I sounded like a bit more of a loose cannon than I’d like. But… if it gets just a few more people to reconsider closing their minds to this great thing called opera, well then I guess it’s a well-calculated risk.

More important, though, is the need to correct a few of the misconceptions that the article leaves with readers. In bouncing back and forth between discussions of podcasts and internet radio, it created a good deal of confusion. Wolf Trap is most definitely not using any live or unauthorized recordings as part of these podcasts. We’ve used only 3o-second clips from commercially-released recordings and have rigidly adhered to all industry standards and to our agreements with our musicians. If you were to download my discussion of Telemann’s Orpheus (the origin of the crazy lady above – photo by Carol Pratt), you’d pretty much get 5 minutes of me talking. More informative and entertaining than you can possibly imagine. Yes indeed. But containing no audio from our performances.

The tall order of the week. Finally in full swing with audition feedback requests, which have been steadily trickling in over the last few weeks. About 60 requests to date. If you’ve placed a request, please be patient. Singers tell us that we’re one of the very few places that offers helpful criticism, and I feel (sometimes too keenly) an obligation to do it well. And that means being frank and humane at the same time.

Being frank because, well, it’s in short supply. It’s so much easier not to say difficult things. Being honest takes a fair amount of time and a lot of psychic energy. You run the risk of getting people pretty pissed off. (Even when they’ve asked for your opinion.) And you run the significant risk of being all wrong.

And being empathetic, because criticism can’t be constructive if it makes the recipient feel so threatened that s/he can’t take it to heart. And because life is hard enough already. 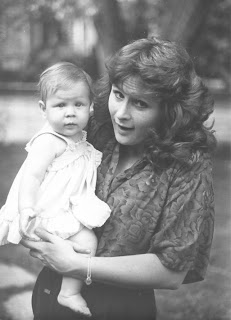