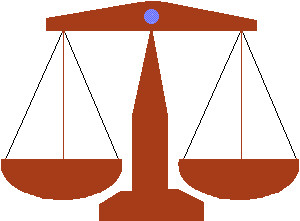 This is the time of year when the idea of balance seeps back into my consciousness. As exciting as the summer season can be, it’s rarely a time for anything approaching a healthy lifestyle. Of course, we in the performing arts are not alone in this sickness, but we’re pretty good at it. I do know lots of workaholics in other businesses who don’t enjoy the benefits of a career in music. But despite their type-A lifestyles, they don’t seem to be as adept as we are at throwing our entire souls on the line on a regular basis.

A lot is written about the fact that singers’ bodies are their instruments, and therefore the peaks and valleys of a performing career are almost inextricable from their mental and physical health. I adore singers, but I’m thankful almost daily that I’m not one. (Sorry!) I have a difficult enough time separating my psyche from my work as it is. I know performers who remain pretty detached, but I’m not sure that their music is as compelling as it could be. Ergo, does throwing ourselves on the line doom us to a life of neurosis? Fortunately not.

I’ve watched performers of all stripes – professionals and amateurs, those who are spellbinding and others who are merely competent, some who are well-adjusted and many who are desperately unhappy – for most of my professional life. Regardless of the level of their natural gift, their work ethic, or their chosen career path, those who run the race well and happily are those who balance the craziness of what they do for a living with a sense of connection and traction with the rest of the world. What the “rest of the world” constitutes is as different as they are, but they always have something outside of the rehearsal room and off the stage.

And even though I’m not a singer, during the periods of my year that consume too much of my life (the summer production season and the fall audition season), I can rarely find this balance. And here I am, near the end of the 6-week period that separates those two seasons, and I’ve just caught a glimpse of it. Wish me luck.

Our beta version of the online application marches bravely into the future. A few hiccups, but generally, it’s working. If you’re applying, and you’re having any trouble, you can let us know at wtocauditions@wolftrap.org. But if you’re having any trouble and you’re approaching a deadline (which, for Philadelphia and New York, is October 6), don’t fight with the website. Send a hard copy. Our goal is to make this much easier on singers (and comments so far show that we’re doing just that), but we’re doing it on a wing and a prayer (meaning with no money), and there are hurdles to overcome. I know more about PHP scripts and SMTP programs that I hoped I ever would, but it seems to be paying off.