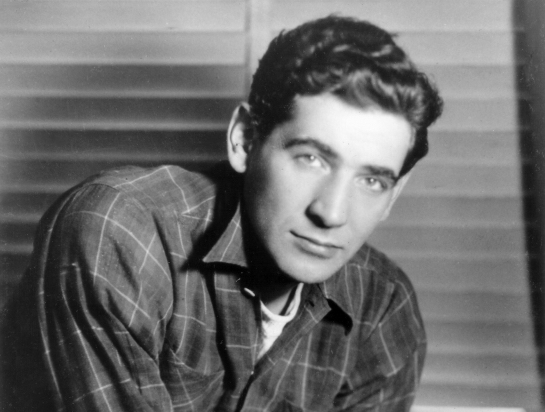 Two big things coming up next week… We announce the 2018 Wolf Trap Opera season on February 1, and WTO favorite Steven Blier comes to The Barns on February 2!

Steve is bringing the New York Festival of Song’s Arias and Barcarolles program to Wolf Trap, as part of the Leonard Bernstein at 100 celebration. The performance features duo pianos (joining Steve is his NYFOS partner Michael Barrett), mezzo-soprano Rebecca Jo Loeb, and baritone (and Wolf Trap Opera alum!) Joshua Jeremiah. First half is “A’s and B’s,” second half is a great range of favorite the Bernstein songs.

Grab a ticket if you’re in town, and keep reading for Steve’s notes on the show.

(And see you back here next Thursday for the summer season announcement!)

NOTES ON ARIAS AND BARCAROLLES

We are especially excited to be presenting the maestro’s very last work, Arias and Barcarolles. The title comes from something President Eisenhower said to Bernstein after a concert in 1960. They’d performed a variety of orchestral works, ending with Rhapsody in Blue. Eisenhower singled out the Gershwin for special praise, declaring “It had a theme. I like music with a theme, not all those arias and barcarolles.”

A’s and B’s, as it has come to be known, proved to be hugely important to the early success of New York Festival of Song. Our connection to the legendary maestro started with Michael Barrett, who studied under Bernstein before becoming his assistant conductor.  Through their close friendship we got wind of an interesting possibility: Chamber Music Society of Lincoln Center had commissioned a piece from Bernstein—Arias and Barcarolles, it was called—but after receiving it they dragged their heels about putting it in their season. After a while it became clear that CMSLC was jettisoning the work altogether, and Arias and Barcarolles was looking for a home. Michael already knew the piece—he’d played early drafts of it with Bernstein. We inquired if we could give the American premiere (it had received a preview performance in Tel Aviv). We received permission, and it opened our second season on a double bill with Brahms’ Liebeslieder Waltzes.

I admit that I was initially puzzled by A’s and B’s, as it came to be known. For one thing, it was written in so many different styles, from Broadway bounce to 12-tone anomie. It seemed like a compendium of almost every genre Bernstein had tackled in his 40-plus years as a composer. And the texts, mostly by Bernstein himself, appeared to be intensely autobiographical and self-referential. Working on A’s and B’s was like entering a maze, and I was frequently lost. Eventually we began to see our way through its many enigmas, and we came to treasure every note, every riddle.

Our premiere was a howling success, the music press turned out in droves to write about it, and NYFOS was suddenly in the spotlight. Our subsequent recording of the work won us a Grammy Award for Best Recording of a New Work. Truth to tell, the path to that Grammy was anything but smooth. Four record companies turned down the project, not always very politely, before Koch International chose it to launch their new label. When Plácido Domingo announced our triumph on national television, I had a powerful, guilt-inducing wave of Schadenfreude as I thought back on all the record companies who had rejected A’s and B’s.

It begins with a prelude, an enigmatic declaration of love sung emotionlessly over a turbulent, slashing accompaniment. This leads to the enigmatic (and certainly autobiographical) “Love Song,” in which a feuding couple sing obliquely about their troubled marriage using the metaphor of a song. They simultaneously avoid and confront their problems, perhaps restoring their détente, perhaps opening the door to a separation. In “Little Smary” Bernstein retells a bedtime story his mother made up, giving the narrator’s baby-talk a supersaturated musical setting reminiscent of Alban Berg. As Michael Barrett explained, “The mother is using simple, singsong language, but the child—the little genius Leonard Bernstein—already experiences the story in the violent colors of the Second Viennese School.”

“The Love of My Life” takes us squarely into the therapist’s office as the narrator splutters down dead ends—aleatory twelve-tone rows, jagged declamatory outbursts, a brief Viennese waltz and a touch of rock ’n roll, before hitting the disturbing truth he’s been unable to face. We next hear the adult Bernstein reflecting on parenthood in “Greeting,” a Copland-esque piece the composer first sketched when his son Alexander was born in the early 1950s.

The surreal, dramatic “Oif mayn chas’neh” is the climax of A’s and B’s. Built on a beautiful twelve-tone row that magically evokes the sounds of klezmer music, it recounts the story of a wedding disrupted by a crazily gifted red-haired fiddler. It is a perfect metaphor for Bernstein’s own marriage, a loving relationship that aspired to absorb the rigors of the composer’s superstar status as well as his homosexual promiscuity.

“Mr. and Mrs. Webb Say Goodnight” continues the theme of marital strife, but in a comic vein. This mini-operetta mirrors a real incident in the lives of Charles Webb, the Dean of the School of Music at Indiana University, and his wife Kenda, when he canceled a planned move from Indiana to Chicago after his wife had made all the arrangements. Bernstein gives us a little Broadway cantata filled with humor, melody, and tenderness.

The piece ends with “Nachspiel,” a slow waltz with hummed obbligato. Its subtitle is “In memoriam,” a eulogy for departed loved ones. Bernstein originally wrote this song for his mom’s 88th birthday. His lyric wittily saluted two of his great loves, both of whom were 88: his mother and his piano.

Arias and Barcarolles was Bernstein’s last contribution to the repertoire of vocal music, and it changed my life—and Michael Barrett’s life—forever. But Lenny had been a primary force in our lives since our childhoods, starting with his indispensable Young People’s Concerts, which I saw both on television and live at what was then known as Philharmonic Hall. Bernstein’s shower of gifts continued with the impressive array of his original cast albums—I was practically weaned on Wonderful Town—and LPs of him conducting everything from the overture to Zampa, to Mahler’s Knaben Wunderhorn, to Verdi’s Falstaff, to the sexiest, slyest Rhapsody in Blue I’ve ever heard. I admit that I was always a bit threatened by Lenny’s gyrations on the podium—should anyone be doing those things in public?—but I secretly aspired to his total lack of inhibition. He embodied the highest potential of human life force, and did so with a kind of flamboyance and extravagance that took our breath away. Whatever the flaws of this extraordinary man, Bernstein was a beacon for all American musicians—indeed, for all Americans, period.