This week’s lunchtime concert was graced by the presence of special guests.  Earle C. Williams, Director Emeritus of the Wolf Trap Foundation, was in attendance with his wife June. 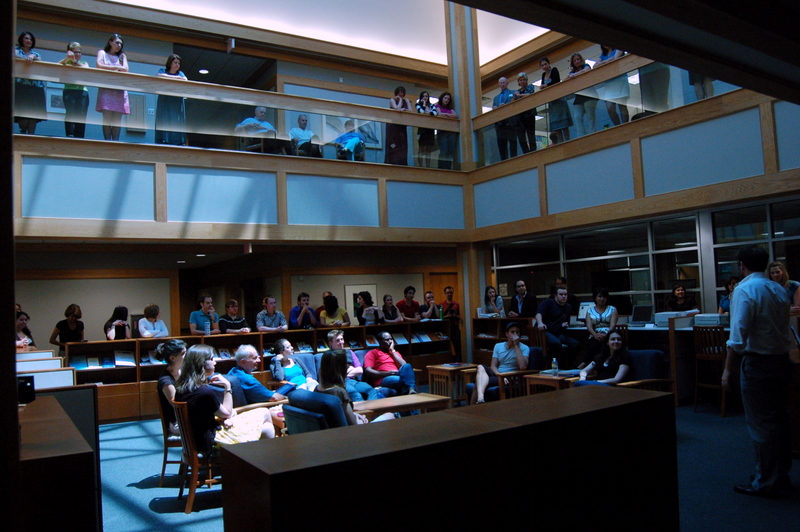 The atrium area in which these concerts are presented is named the Earle C. Williams Learning Center, for Earle was a huge catalyst in the campaign that put us in this beautiful rehearsal and administrative facility (The Center for Education at Wolf Trap) in 2003. 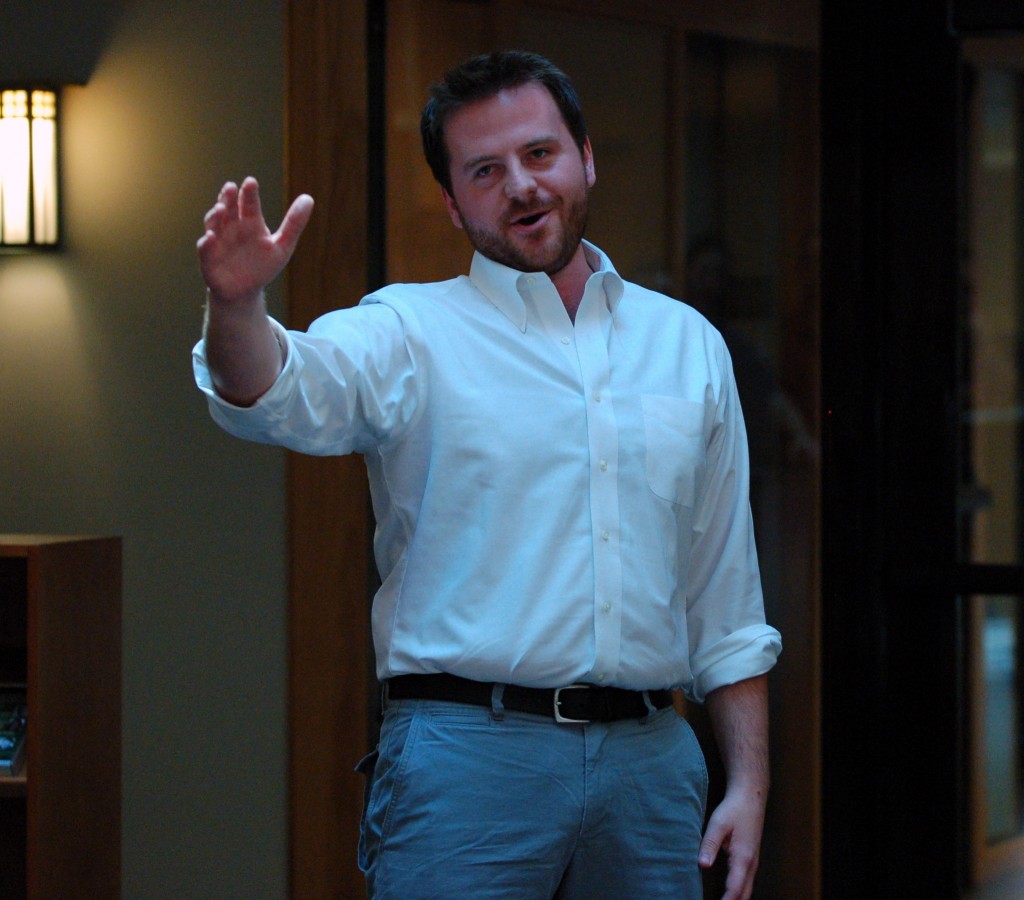 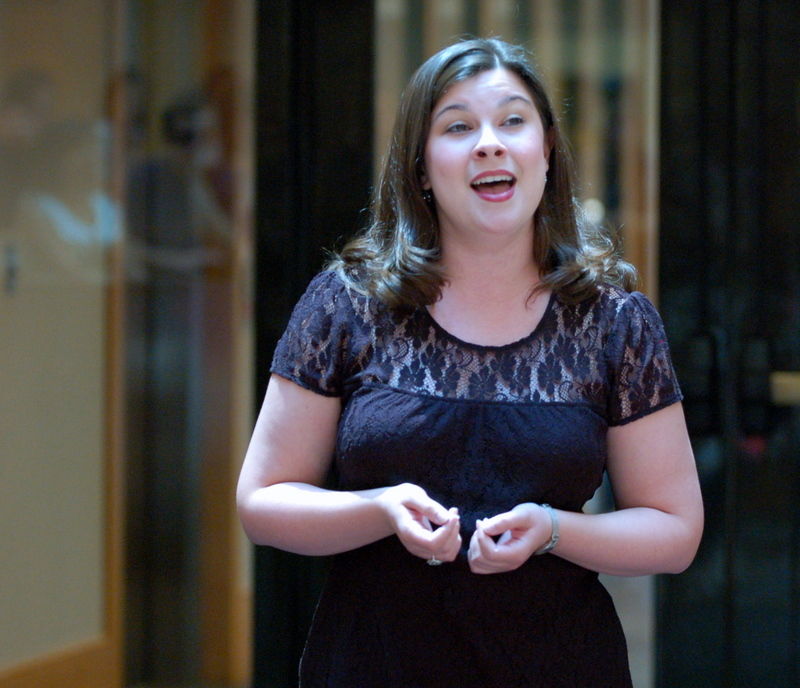 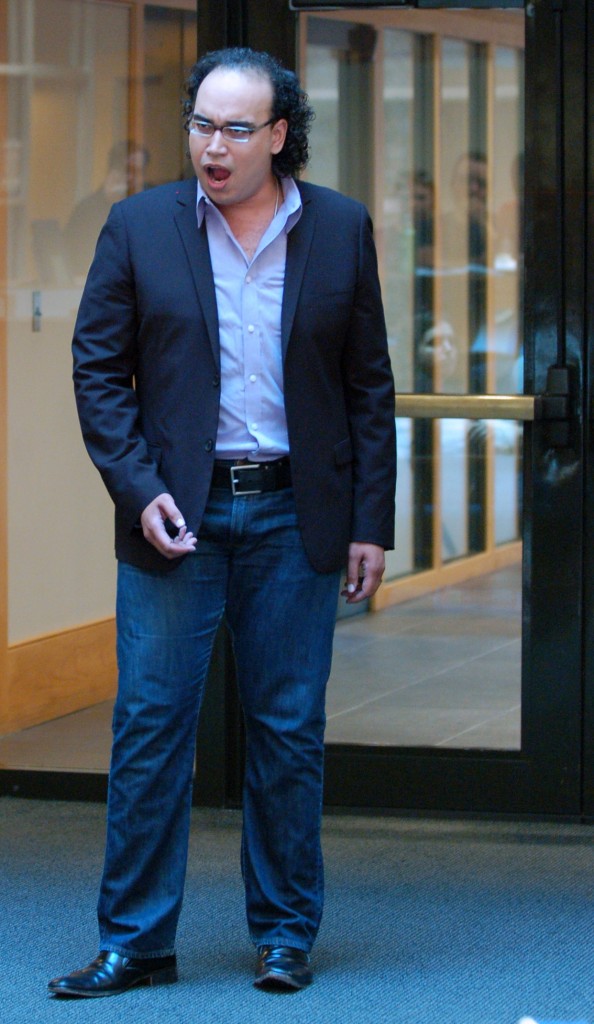 Michael Anthony McGee: "These are my friends" from Sweeney Todd 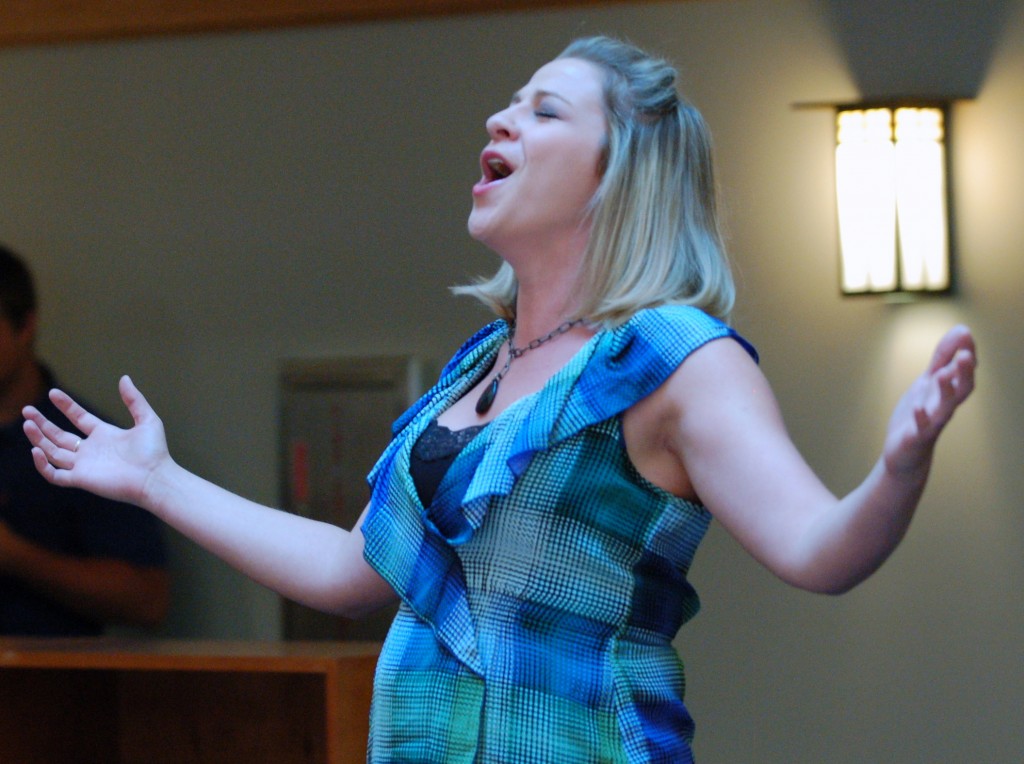 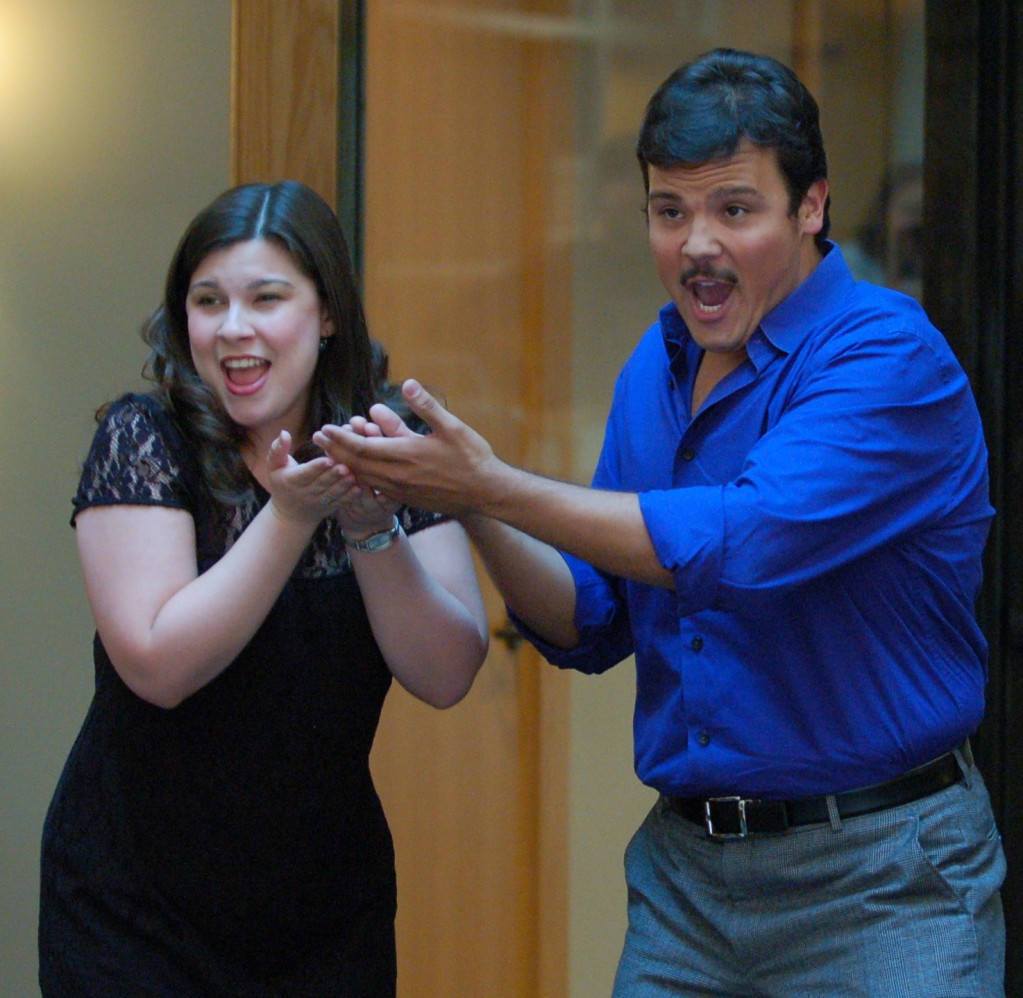 Angela Mannino & David Portillo in "Sara Lee" ("I love your cheesecake, white as pearl, not to mention the chocolate swirl, from the kitchen of the one I love: wonderful Sara, beautiful Sara Lee!")